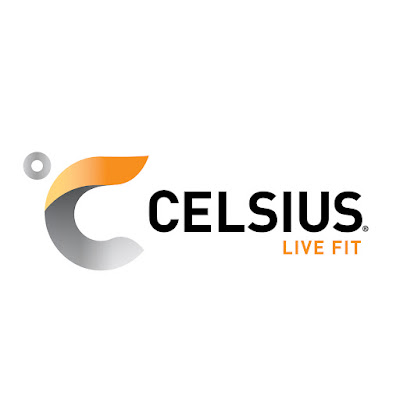 Valentine's Day is just around the corner, but for those who are still in search of a gift, there's no need to worry - CELSIUS has got you covered!
Sometimes the simplest gifts are the most impactful, and playing into a person's likes and interests is often great place to start! What better way to show your support for your wellness-minded boo than with a pack of their favorite CELSIUS flavor to help them reach their full potential.

Most CELSIUS flavors are available for same-day delivery on Amazon, so there's plenty of time to peruse through the 30+ different flavors and have peace of mind that they'll arrive in time for Valentine's Day! 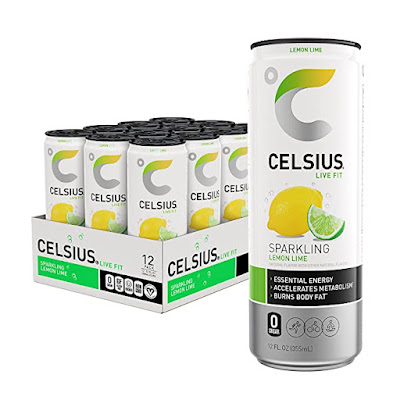 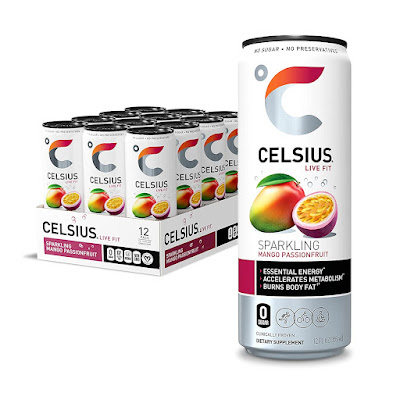 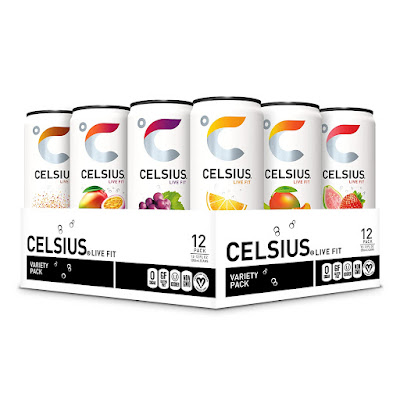 FAST X – In Theaters this May 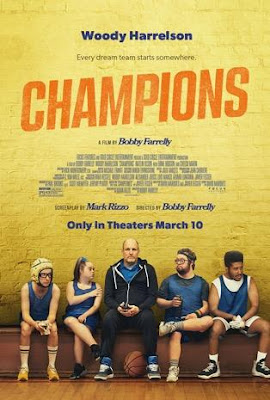 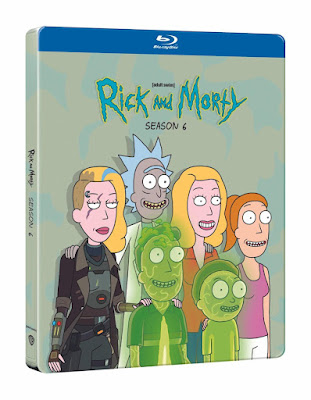 BURBANK, CA (February, 2023) Go on an intergalactic adventure across the multi-verse with the critically acclaimed animated hit comedy series from Adult Swim when Rick and Morty: Season 6 will be available to own Steelbook Blu-ray Disc, Blu-ray Disc and DVD beginning March 28, 2023 (April 4, 2023 in Canada). Get ready to binge on one of cables #1 watched comedies - and follow the misadventures of America’s favorite crazy scientist and his grandchildren with this outrageous set which includes all 10 episodes from Season 6, along with copious special features curated for the fans, including an all-new featurette Rick and Morty: Inside Season 6.

It’s season six and Rick and Morty are back! Pick up where we left them, worse for wear and down on their luck. Will they manage to bounce back for more adventures? Or will they get swept up in an ocean of piss! Who knows?! Piss! Family! Intrigue! A bunch of dinosaurs! More piss! Another can't miss season of your favorite show.

Debuting in 112 countries in 38 languages, Rick and Morty: Season 6 captured substantial international viewership. The series has ranked as one of the top series for HBO Max, both domestically and globally. Lifetime to date, Rick and Morty has been viewed over 10 billion times globally, across linear, digital, and streaming.​

Rick and Morty: Season 6 will be available on March 28, 2023 in the US and April 4, 2023 in Canada to purchase on Steelbook Blu-ray, Blu-ray and DVD both online and in-store at major retailers. The series is also now available to purchase Digitally from Amazon Prime Video, AppleTV, Google Play, Vudu and more.

Anatomy of a Scene: "Bethic Twinstinct" (Featurette) - Co-creator Dan Harmon, showrunner Scott Marder, director Douglas Einar Olsen and writer Anne Lane dig into the carcasses of two scenes while you stare at them in a numb trance.

10 Inside the Episodes (Featurettes) – Take a deeper look into each of the ten episodes from the season.

Includes all 10 episodes from the sixth season:

Adult Swim is the leader in adult animation and #1 destination for young adults for over fifteen years, offering critically acclaimed, award-winning original and acquired series such as “Rick and Morty,” “Genndy Tartakovsky’s Primal,” “The Eric Andre Show,” and “Tuca & Bertie.” Fan favorite anime block, Toonami, airs on Saturday nights and has expanded beyond acquisitions, producing original series including “Housing Complex C,” “Uzumaki,” and new seasons of “FLCL.” The annual Adult Swim Festival reaches a global audience, and features performances by top musicians and comedians. Adult Swim airs nightly from 8 p.m. to 6 a.m. (ET/PT) on its linear channel and reaches fans via HBO Max. Connect with Adult Swim on Facebook, Twitter, Instagram and Tik Tok. Subscribe to Adult Swim on YouTube. 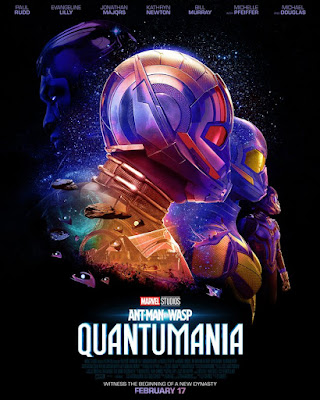 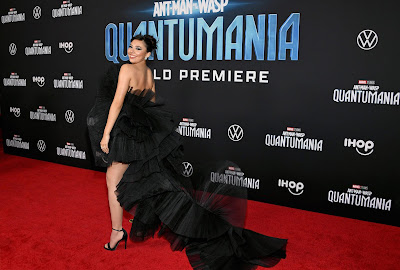 Xochitl Gomez is wearing a dress by Vietnamese Designer “Le Thanh Hoa” to the  “Ant-Man And The Wasp: Quantumania" in Los Angeles, California

Xochitl Gomez is an American actress born and raised in Los Angeles, California. She is best known for her portrayal of the heroine America Chavez in 'Doctor Strange and the Multiverse of Madness' as well as Dawn Schafer on the Netflix series 'The Babysitter's Club.'Xochitl began performing in youth musical theater productions at the age of 5 and transitioned into roles in commercials and minor television parts at age 10. She gained most of her early acting experience doing local LA short films-- many of which lead to Best Young Actress awards. These credits and accolades lead to her selection as a feature actress at the Sundance Institute's Director's Lab in 2018. Then in August, 2020 Xochitl had the honor of being included in Variety magazine's Power Of Young Hollywood issue for her outstanding performance on The Baby-sitter's Club. 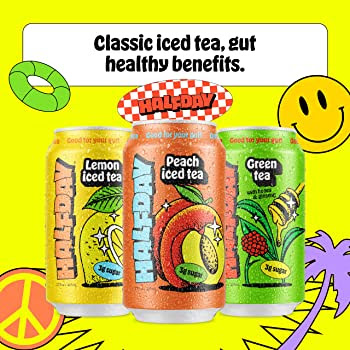 Whether you are celebrating Valentine’s Day with your significant other or Galentine’s Day with your girl squad, HALFDAY has the perfect better-for-you drink options to make delicious cocktails and mocktails. HALFDAY Iced Tea is a healthy, low-calorie, and gut-healthy prebiotic beverage that tastes like a good time. February is the month of love so choose a drink option that will make your body LOVE you! 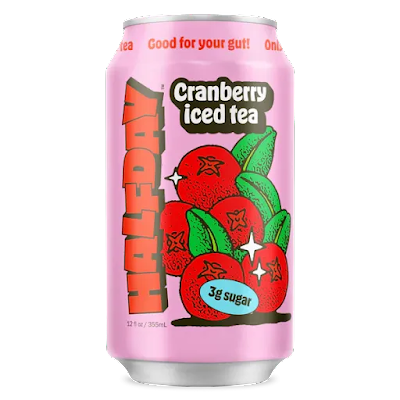 Each can contains four to six grams of net carbs and 35-40 calories, making HALFDAY the perfect choice for yummy cocktails and mocktails to serve at either your “Love Sucks” party or “I Love You” dinner. Whip up HALFDAY’s Cranberry Spritz which has all the flavor and none of the guilt! 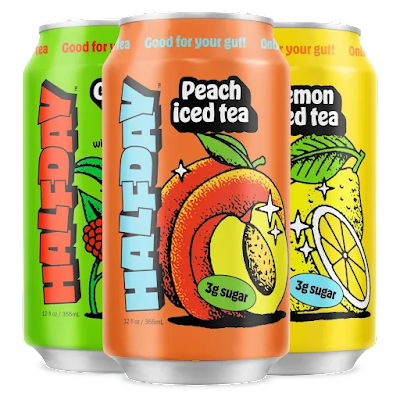 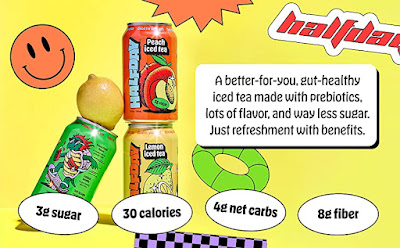 HALFDAY’s Cranberry Spritz: Grab a shaker with ice, add 3 oz cranberry juice, 2 oz orange juice, and a hefty pour of HALFDAY Cranberry. Shake well, then pour half into a glass with ice. Fill the remaining half of the glass with sparkling water, then garnish with cranberries and edible glitter. Please view the images of the recipe here.

Health is wealth this year and drinking will still be fun when sipping on something that you know is good for your body. Get a 12-pack of your favorite flavor or a variety pack of all four delicious flavors at www.https://drinkhalfday.com/ for $35.99. HALFDAY is also available nationally at Target, Whole Foods, Publix, Wegmans, Stop & Shop, and other local retailers. To learn more, please visit drinkhalfday.com. 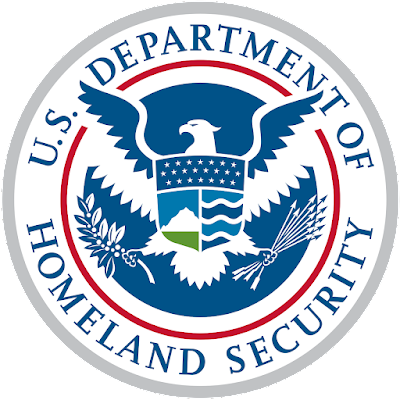 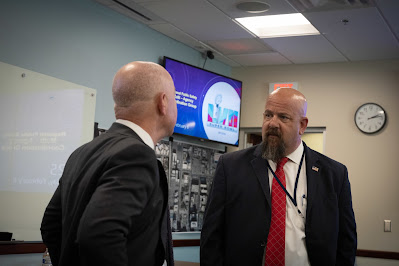 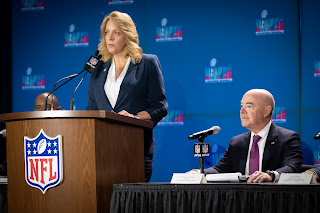