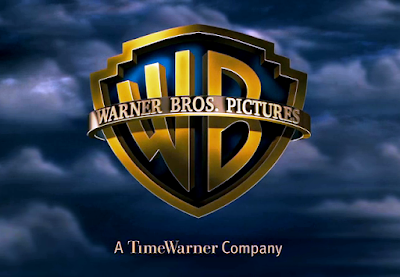 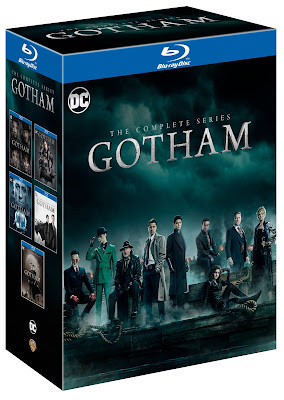 Gotham: The Complete Series, which includes all five seasons of the hit Gotham series, is available for fans to own on Blu-ray and DVD for $112.99 / 99.99 SRP. From character origins to the final episodes of the hit DC/WBTV series that lay the foundation for the city’s iconic future, the release is the perfect gift for veteran fans and newcomers alike. The series features an all-star cast lead by Ben McKenzie (The O.C., Southland), Donal Logue (Grounded for Life, Vikings), David Mazouz (Touch), Sean Pertwee (Elementary), Robin Lord Taylor (The Walking Dead), Erin Richards (The Quiet Ones), Camren Bicondova (Gotham Stories), Cory Michael Smith (Carol) and Chris Chalk (12 Years a Slave). Shane West (A Walk to Remember)is also introduced in the as the iconic DC Super-Villain, Bane for the final season. Developed by Bruno Heller, the series is executive produced by Heller, Danny Cannon and John Stephens. Based on the DC characters, Gotham is produced by Warner Bros. Television.

SPECIAL FEATURES
·         Gotham Season 5: Best Moments at NY Comic Con, 2018: Join the cast and executive producers of Gotham at New York’s 2018 Comic Con as they discuss the exciting final season of the series.
·         Modern Mythology: Through the eyes of the producers and cast, this piece explores the final chapter of the series as the show pushes Bruce Wayne to finally accept his destiny, the mantle of The Dark Knight.
·         Deleted Scenes

ABOUT DIGITAL
The fifth and final season of Gotham is also currently available to own on Digital. Digital purchase allows consumers to instantly stream and download all episodes to watch anywhere and anytime on their favorite devices.  Digital movies and TV shows are available from various digital retailers including iTunes, Google Play, Vudu and others. A Digital Copy is also included with the purchase of specially marked Blu-ray. 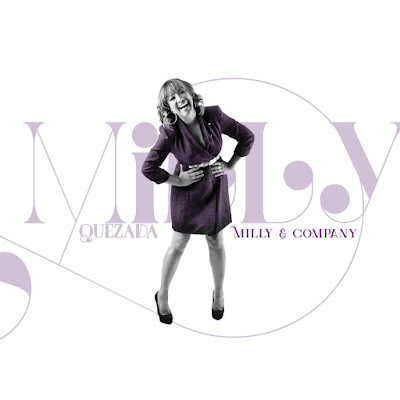 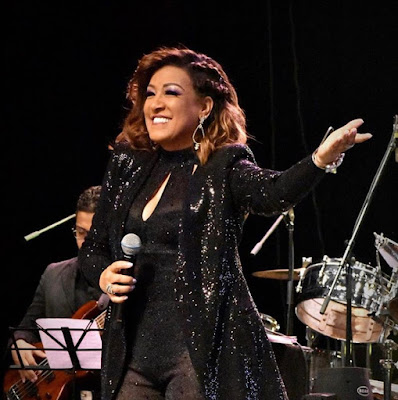 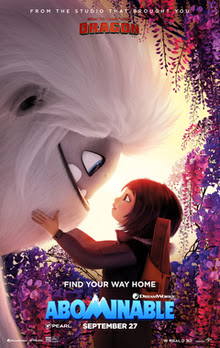 When teenage Yi (Chloe Bennet, Marvel's Agents of S.H.I.E.L.D.) encounters a young Yeti on the roof of her apartment building, she and her friends, Jin (Tenzing Norgay Trainor) and Peng (Albert Tsai), name him "Everest" and embark on an epic quest to reunite the magical creature with his family at the highest point on Earth.

But the trio of friends will have to stay one-step ahead of Burnish (Eddie Izzard), a wealthy man intent on capturing a Yeti, and zoologist Dr. Zara (Sarah Paulson) to help Everest get home.

Abominable will be released by Universal Pictures worldwide beginning September 27, 2019. In China, the film will be distributed by Pearl.

Written and Directed by: Jill Culton 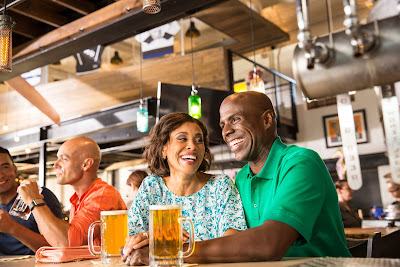 Grab a Grown-up Getaway in Tampa Bay
Discover amazing art, have fun at fantastic festivals, and join the roaring sports crowds
The kids are back in school, the summer crowds are gone: Now’s the perfect time to treat yourself with a grown-up's getaway in Tampa Bay. Whether you're in the mood for a romantic weekend with your significant other, a girls' weekend or a guys trip, the hip, urban heart of Florida’s west coast is here for you with just the right combination of fantastic food, exciting experiences, and grown-up fun for Fall.

COUPLE'S WEEKEND
SLEEP IN A LITTLE
No one needs breakfast or a morning walk, so spend an extra hour snuggled in bed. Slowly sip your coffee overlooking the glassy bay or the sparkling Hillsborough River. Move on to a leisurely breakfast at Oxford Exchange while you plan your day in Tampa Bay.

TAMPA RIVERWALK
The treasures of downtown sit like gems on a string along the 2.6-mile Tampa Riverwalk. It's the perfect place for a morning run, an afternoon bike ride, or a hand-in-hand sunset stroll. Discover 12,000 years of human achievement at the Tampa Bay History Center, take a spin on the bay atop a Tampa Bay Water Bike, or find your favorite new flavor among the hip restaurant at Sparkman Wharf or Heights Public Market at Armature Works. The Pirate Water Taxi will get you where you want to go.

EXPLORE THE ARTS
From murals to masterpieces to maestros, Tampa Bay abounds in great art. Wander neighborhoods discovering new murals or ponder the public art as you stroll the Tampa Riverwalk or bike Bayshore Boulevard. Take in a Broadway show at the David A. Straz Jr. Center for the Performing Arts, the largest theater complex in the Southeast. Lose yourself among ancient sculptures and modern paintings at the Tampa Museum of Art. Marvel at the ornate decor of the Tampa Theatre, built in 1926 as a silent movie palace and home to the 1,400-piece Mighty Wurlitzer pipe organ.

INDULGE YOUR TASTE BUDS
Dip into Tampa Bay's culinary history with dinner for two at the Columbia Restaurant, Florida's oldest restaurant and a fixture in Ybor City since 1905. Choose from a menu of Spanish and Cuban specialties and enjoy the nightly Flamenco show. Sample the world's largest private wine collection during a long dinner at award-winning Bern's Steak House, famous for its dry-aged steaks and lavish Harry Waugh Dessert Room. Travel into the heart of hipster haven Seminole Heights for Chef Farrell Alvarez's gourmet creations at Rooster & The Till, regularly chosen as Tampa Bay's best restaurant.

SQUAD GOALS
RETAIL THERAPY
Fair warning: If there’s a place where you could shop so much you ACTUALLY drop, it’s Tampa Bay. Picturesque, open-air Hyde Park Village houses unique local boutiques and popular national brands. For major indoor mall action, International Plaza’s 200 stores will keep your squad busy. Find a trove of locally made treasures at the Unlock Tampa Bay Visitors Center and pick up something that will forever remind you of your girls’ getaway.

SAY “YES” TO BRUNCH
If this isn’t already a rule in your everyday life, it’s time to make it one. Tampa Bay’s booming food scene abounds with brunch options. Oxford Exchange is a popular Insta-spot with picture-perfect food, boutique shopping, and gorgeous atmosphere. Steelbach at historic Armature Works also serves up a unique brunch you’ll crave for years to come.

FIND YOUR ZEN
Would it even be a girls’ trip without a visit to the spa? Take some time to relax and unwind at Spa Evangeline at Hyde Park's stylish Epicurean Hotel. You deserve it! If you need even more zen in your life, try one of the free community yoga classes Sunday evenings at Curtis Hixon Waterfront Park. Namaste in Tampa Bay.

SIT AT A HIGH BAR
After your spa day, elevate your getaway with a drink at EDGE rooftop bar at the Epicurean Hotel. Or sip on a cocktail at Armature Work's M.Bird while taking in the gorgeous views of downtown as paddleboarders bob on the Hillsborough River. Rooftop bars are popping up everywhere in Tampa Bay and we are here for it.

GUYS TRIP
TEST YOUR METTLE
You can all test your mettle against steel coasters at one of the world's top theme parks. Take on Tigris, Florida's tallest launch coaster, complete with a heart-stopping heartline roll 150 feet above the park. Race like a savannah cat on Cheetah Hunt or plunge like a bird of prey from 300 feet high on Falcon's Fury, North America's tallest droptower. Afterward, steady your nerves with a free beer at the Serengeti Overlook Pub.

DRINK BEER FROM HERE
Explore Florida's hub for craft brewing and let the folks at Brew Bus do the driving. Choose your tour and spend the afternoon beer-hopping among some of the most creative craft breweries in the country, including world-famous Cigar City Brewing along with local favorites Coppertail, Angry Chair, and others. With plenty of brewery food options and restaurants like Ella's Folk Art Americana Cafe along the way, you can enjoy without going overboard.

BE THE THUNDER
Make some noise when the Tampa Bay Lightning drop the puck on their first pre-season home game September 17 against the Carolina Hurricanes. The regular season road to the Stanley Cup opens October 3 with a home game at Amalie Arena against the Florida Panthers. Before the puck drops, hit the town for a a hand-rolled cigar in Ybor City, fun on the Tampa Riverwalk or pre-gaming at Hattrick's or Yeoman's Cask & Lion, where the Beefeater statues show their Lightning loyalty before every game.

DEAL YOURSELF IN
Start with a swing by historic Ybor City for hand-rolled cigars made the same way for more than 130 years. After you've found the ideal smoke, head for the floor at Seminole Hard Rock Hotel & Casino, where you'll find some of the best gaming and entertainment this side of Las Vegas: slot machines, table games, amazing food and even Elvis' gold piano!