— Tickets go on sale Friday, March 2, 2018 —
Dr. Phillips Center for the Performing Arts and Live Nation announced  that death-defying magician, David Blaine, is taking his mind-blowing show ‘David Blaine Live’ on the road this spring and summer with a new round of 36 North American tour dates. Produced by Live Nation, the tour will kick off May 6, 2018 in San Diego, CA and make stops in U.S. cities including Orlando at the Walt Disney Theater on June 11, 2018.

VIP packages and general seating tickets go on sale Friday, March 2, 2018 and may be purchased online at drphillipscenter.org, by calling 844.513.2014 or by visiting the Dr. Phillips Center Box Office at 445 S. Magnolia Avenue between 10 a.m. and 4 p.m. Monday through Friday, or 12 p.m. and 4 p.m. Saturday. Online and phone ticket purchases are subject to handling fees.

About the Tour
Blaine is known for his exceptional fusion of magic and stunt work, unlike any other modern-day performer. The one-man show will be an interactive experience to shock and awe audiences.
Described by Howard Stern as the greatest magician that ever lived, David Blaine single-handedly redefined magic after producing and directing his original television special Street Magic when he was just twenty-three. Penn Jillette of Penn & Teller called “the best TV magic special ever done.” The New York Times noted that Blaine has “taken a craft that’s been around for hundreds of years and done something unique and fresh with it,” whilst The New Yorker claimed “he saved magic.”
Blaine’s highly-rated primetime specials have shown him being buried alive in New York City for a week, encased inside a six-ton block of ice for three days, surviving standing atop a 100ft tall pillar in Bryant Park for 36 hours without a safety net, enduring 44 days inside a transparent box in London on nothing but water, and living within one million volts discharged at him continuously for 72 hours from seven Tesla coils. Blaine also spent one week submerged in a sphere-shaped aquarium at Lincoln Center, after which he broke the world record for breath holding live on the Oprah Winfrey show where he held his breath for over 17 minutes. Since graduating high school, he has performed to audiences of over 20,000 in arenas around the world. He has performed for U.S Presidents including Barack Obama, Bill Clinton, George W. Bush, and other international leaders and prominent figures such as Bill Gates, Henry Kissinger, Michael Bloomberg, Stephen Hawking and Muhammad Ali. For more information visit www.davidblaine.com. 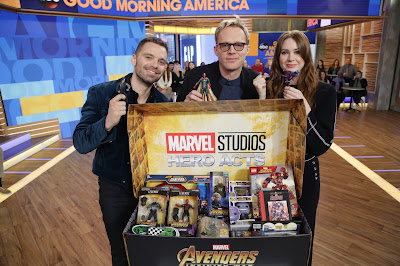 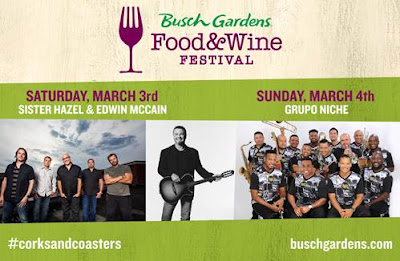 The festival takes place on Saturdays and Sundays now through April 29. Concerts are included with any Pass, Fun Card or daily admission.

Sister Hazel – Saturday, March 3 at 5:30 p.m., Gwazi Park
Originally from the sunshine state, Sister Hazel has been considered “one of the Top 100 Most Influential Independent Performers of the last 15 years.” The five gifted and seasonal musicians exude natural talent and charisma with their chart-topping hits “All for You” and “Lighter in the Dark” earning them multiple spots on Billboard charts. Along with being outstanding musicians, the band hosts annual philanthropic events like “Hazelnut Hang” and gives back with Lyrics for Life benefiting cancer research and patient-care. Don’t miss out on celebrating with Sister Hazel here at Busch Gardens Tampa Bay.

Edwin McCain- Saturday, March 3 at 7:00 p.m., Gwazi Park
Proclaimed the “great American romantic” by the New York Times, Edwin McCain has swept the nation with over 20 years of pop music and endless touring. His love ballads and genuine personality makes concerts feel more like nonstop parties. With classic hits like “I’ll Be” and “I Could Not Ask for More”, McCain has proved time and time again that he is truly a one-of-a-kind performer.

Grupo Niche - Sunday, March 4 at 6:00 p.m., Gwazi Park
Join us as we welcome the salsa sensation, Group Niche, to this year’s Food and Wine Festival! Residing in eccentric country of Colombia, this group has taken Latin America by storm with its Latin flares and outstanding performances.

·         Food, Wine & Brew Sampler – Guests with exclusive interests in culinary offerings can purchase a Food & Wine sampler that includes any samples of choice throughout the Festival. Samplers are available in quantities of five, eight or twelve and start at $29.99. New this year, a Pass Member exclusive 15-item Sampler is available for the same price as a 12-item Sampler. https://buschgardens.com/tampa/events/food-and-wine-festival/upgrades/sampler-lanyard/

·         Wine, Bourbon and Tequila by the Bottle – Guests can take home a part of the Food & Wine Festival with wine, bourbon and tequila available for purchase by the bottle at the Xcursions gift shop.

BEST VALUES FOR FLORIDA RESIDENTS:
·          For a limited time, buy a Busch Gardens Fun Card and get an Adventure Island Fun Card FREE! Experience both parks through 2018 for the price of one.

·         For those wishing for more VIP offerings, the Annual Pass includes unlimited admission for 12 months, free parking, no blockout dates, in-park discounts and other benefits, valued at more than $350. With EZpay, Annual Passes start at just $14 per month for one park, and $16 per month for both Busch Gardens Tampa Bay and Adventure Island

The Festival features all-new twists on cuisine at 13 culinary cabins, along with favorites like mango shrimp ceviche and beef brisket on a spiced corn waffle. Experience bold new eats at the Savory Tavern with fried frog legs with bacon corn fritters, or indulge in flavorful treats at Artisan Eats with beloved dish duck fat truffle fries and then spice it up with tostones rellenos de pollo at Comfort Kitchen.  Opt for lobster tart with leeks and Swiss cheese or mushroom vol-au-vent at the Light Fare Canteen, or relish in the robust flavors at Chef’s Plantation with salmon cake with lemon aioli, Korean-style ribs and all-new short rib and brie grilled cheese.  Guests can elevate the Food and Wine Festival experience even more by sipping a carefully curated selection of fine bourbons and new tequila tastings.
The Busch Gardens Food & Wine Festival takes place on Saturdays and Sundays from March 3 through April 29 and is included with any Pass, Fun Card or daily admission. Food and beverage is not included with park admission and is available for an extra fee. Guests must be 21 years of age or older to consume alcoholic beverages.
Be the first to know about new events, special deals and future announcements by following the park’s blog at BuschGardens.com/tampa/blog, or “Like” the Busch Gardens Facebook page, and follow @buschgardens on Twitter, Instagram and Snapchat. 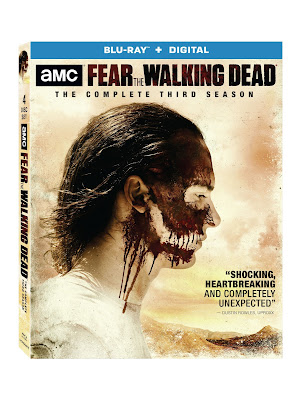 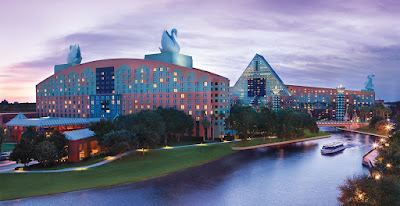 The Walt Disney World Swan and Dolphin Resort has revealed the menu and themed areas for the 2018 Swan and Dolphin Food & Wine Classic, returning Friday, October 26, and Saturday, October 27.  The menu features returning festival favorites alongside delightful new dishes and a Hawaiian Luau themed area, making its debut.  Fans can now visit www.SwanDolphinFoodandWineClassic.com to view the 2018 food menu as well as purchase tickets and overnight packages.

Notable new dishes on the 2018 menu include: 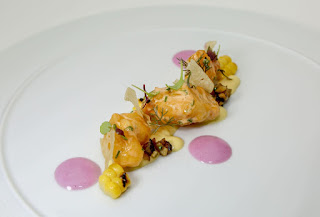 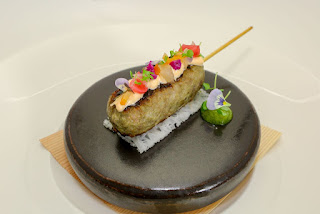 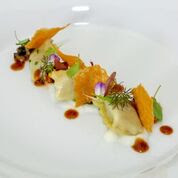 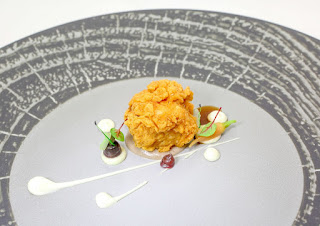 The new Hawaiian Luau themed area will be called The Pig & Poke and joins the event’s other popular themed areas that offer specialty cuisine in immersive atmospheres: Carnival Corner, Chinatown, Bubble Lounge and a Beer Garden.  More information on The Pig & Poke will be announced later.

The ninth annual Swan and Dolphin Food & Wine Classic will also bring back the Sunday Bubbles Brunch on Sunday, Oct. 28.

The Swan and Dolphin Food & Wine Classic offers guests unlimited tastings at more than 60 stations featuring culinary selections from the hotel’s award-winning restaurants and wine from more than 30 wineries amidst a festive backdrop of live entertainment on the hotel’s scenic causeway. Upgraded ticket options allow guests to enjoy access to a beer garden featuring a wide selection of craft beers and Oktoberfest-inspired cuisine. The event also includes hands-on seminars with the hotel’s chefs and certified beverage experts.

Overnight and multiple-night package options are available for the ninth-annual Walt Disney World Swan and Dolphin Food & Wine Classic and can be booked by phone at 1-888-828-8850.

With 17 restaurants and lounges, and a distinguished culinary and beverage team, the Walt Disney World Swan and Dolphin Hotel continually earns national recognition for its food and beverage program. The hotel features more than 70 certified wine sommeliers and 1,400 wine selections

For the latest information about the event, guests can visit www.SwanDolphinFoodandWineClassic.com, like www.facebook.com/swananddolphin or call 1-800-227-1500.