WHAT:                  Regal announces 2 theatres in your coverage area will open this Friday, April 2. Godzilla vs. Kong from WB will headline new movies including The Unholy and Tom & Jerry, along with a strong slate of upcoming highly-anticipated movies opening in the coming weeks including Mortal Kombat, A Quiet Place Part II and Top Gun: Maverick.

Reopening plans include a wide range of health and safety measures that adhere to the CinemaSafe protocol and guidelines. 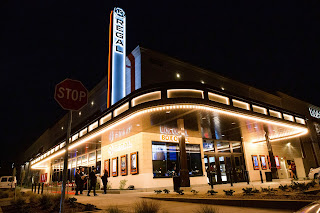 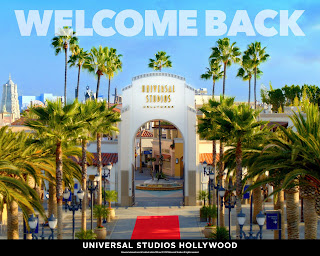 The Orlando Philharmonic Orchestra announces its 2021-2022 Season today, including six concerts on the Classics Series, and five concerts on the Pops Series. The Season will also include the Focus Series, with an expanded six-concert series at The Plaza Live Theater in The Milk District just east of Downtown Orlando, as well as the four-concert Symphony Storytime Series. In an exciting program expansion, the Resonate Festival returns for three evenings in February 2022, featuring Artist-in-Residence Stewart Goodyear.

The Philharmonic will bring in a diverse and exciting lineup of guest artists throughout the 2021-2022 Season. On the podium for his seventh Season with the Philharmonic, Music Director Eric Jacobsen will conduct all of the Classics Series and select concerts on the Focus and Pops Series. Jacobsen will also be featured on all three nights of the Resonate Festival.

Artist-in-Residence Stewart Goodyear, proclaimed "a phenomenon" by the Los Angeles Times, will perform all five Beethoven piano concertos over three evenings on the Resonate Festival.  The  Festival will take place at The Plaza Live on February 3, 5, and 7, 2022, with two concerts each night.

The 2021-2022 Pops Series opens with the audience favorite, Home for the Holidays, a celebration of the Kings of Soul in January, a festive Irish celebration featuring The Celtic Tenors in March, Cirque de la Symphonie returns in April with the music of Broadway, and Music Director Eric Jacobsen takes the podium in May with music of the Great American Songbook featuring World-renowned guitarist and singer John Pizzarelli.

The Focus Series will feature Philharmonic Musicians including Principal Harp Haley Rhodeside and Principal Flutist Colleen Blagov in October, the OPO Brass and Percussion in November under the baton of Lyman Brodie, Concertmaster Rimma Bergeron-Langlois and friends with Holiday Baroque in December, and Principal Horn Vincent Kiray in January. Rising star Cellist   Sterling Elliott performs in February and Fiddler Jeremy Kittle returns for a special recording concert in April.

The Symphony Storytime Series for young children features fun, family-friendly programs including Little Red Riding Hood, Holly Jolly Sounds of the Season, Ferdinand the Bull, and A Treeful of Monkeys, all performed at The Plaza Live.

Subscription renewals for current subscribers begin in the coming weeks and new subscriptions for the 2021-2022 Season will go on sale later this spring. For more information, please contact the Box Office and 407.770.0071 or boxoffice@orlandophil.org.

With Music Director Eric Jacobsen and the Orlando Philharmonic, Concertmaster Rimma Bergeron-Langlois executes the technical fireworks of Brahms’s exuberant Violin Concerto; and his Second Symphony dazzles with brasses ablaze in the finale. Woven in between, movements of Symphony No. 2 by African-American composer Louis Moreau Gottschalk (“the first eloquent and authentic spokesman of the New World,” contemporary critics raved)– a sneak preview of the symphony we’ll be recording later this season.

Dvořák urged fellow-composers to seek inspiration in their own cultures, as he did in his beloved Ninth, drawing on African- and Native American melodies he heard during his American sojourn (yet never forgetting the rhythms and colors of his native Bohemia). You’ll also hear exciting contemporary voices: African American composers James Lee III’s Amer’ican and Jessie Montgomery’s Viola Concerto, composed for Grammy Award-winner Masumi Per Rostad.

Superstar Gil Shaham performs Beethoven’s magisterial concerto—a creation of dramatic and emotional impact, and Latina composer Angélica Negrón reflects on the struggles with the creative process. In the Tenth Symphony Shostakovich unleashes his fury against Stalin in a demonic, violent battle with pitches equivalent to the initials of his name, D-S-C-H, pounded out like a code that crushes the tyrant in the wild, triumphant finale.

A feast for the ears and eyes, Carmina burana is guaranteed to wow you with musicians, vocal soloists, choruses, dancers, staging, and costumes. Starting and ending with the riveting hymn to the capricious Goddess Fortuna and her relentlessly turning wheel, bold tunes and primal rhythms celebrate nature, the tavern, and the pleasures of love. It’s earthy, rowdy, and risqué, but sometimes breathtakingly beautiful. Plus, Mozart’s celebratory symphony and African-American composer George Walker’s Pulitzer Prize-winning Lilacs (set to Walt Whitman’s haunting text on the death of Abraham Lincoln).

Experience Home for the Holidays in the beauty of the outdoors with the wonderful sounds of the season. With the Holiday Singers, children’s choir, and other favorite guests, it’s the perfect way to kick off the holiday season with your Orlando Philharmonic Orchestra!

Kings of Soul showcases the music of legendary artists Marvin Gaye, Jackie Wilson, James Brown, Otis Redding, The Temptations, Al Green, Barry White, Smokey Robinson, and Curtis Mayfield in an evening of soulful rhythms and melodies. Honoring the true “Kings” of classic soul, featured hits include Soul Man, Stand By Me, Move On Up, Your Love Keeps Lifting Me Higher, and more.

The only tenor group with a truly global audience, The Celtic Tenors will give you a night to remember. Experience a sparkling and good-humored performance by three world-class artists. An evening to savor and a night with tenors who are the most successful classical crossover act to emerge from Ireland. It’s all about the music, the harmonies, and the fun!

Three unique solo voices, but when called upon - One Tenor Sound!

Cirque de la Symphonie returns set to the soundtrack of Broadway’s most memorable show tunes. Prepare to be dazzled as your Orlando Philharmonic Orchestra is joined on stage by aerialists and acrobats, accomplishing astonishing feats of grace, beauty, and power! Featuring songs from Wicked, Chicago, Cats, West Side Story, and more!

World-renowned guitarist and singer John Pizzarelli has been hailed by the Boston Globe for “reinvigorating the Great American Songbook and re-popularizing jazz.” His band is one of the top interpreters of the American Songbook.

Little Red Riding Hood is among the most popular fairy tales in the world. A story about the never-ending fight between good and evil, greed and hope, responsibility, and second chances. Featuring our friends from the Orlando Philharmonic woodwind quintet and piano, join us on the exciting journey through the deep woods to grandmother’s house we go!

Join members from the brass and percussion families for a musical celebration that will capture the spirit of the season! Orlando Philharmonic Orchestra musicians will play their way through holiday classics, from Frosty the Snowman to Rudolph the Red-Nosed Reindeer. The perfect way to celebrate the season with family!

Ferdinand is a peace-loving bull who wants nothing more than to sit and smell the flowers. An inspiring story of peace and standing up to bullies. Brought to life by our string family and the music of George Bizet’s Carmen, your family will fall in love with Ferdinand!

Based on a traditional African folk tale, A Treeful of Monkeys takes us on a story about a hat seller who takes a nap under a tree, only to wake up and discover that monkeys had taken all of his hats! Join our mixed ensemble as we work with the narrator to get all of his hats back.

Welcome to our exciting new concert series, guaranteed to resonate with you in every way. It checks all the boxes for classical music fans!

What’s on?
Our first-ever Artist-in-Residence Stewart Goodyear (“a phenomenon” ~Los Angeles Times; “one of the best pianists of his generation” ~Philadelphia Inquirer) solos in all five brilliant Beethoven piano concertos…in just three concerts. Do not miss this rare happening!

What to listen for
From the three crashing chords with which the pianist announces himself in the Third Concerto to the intimate “conversation” between soloist and orchestra in the Fourth, to the regal ”Emperor” Concerto—a crowning achievement. And if that weren’t enough, Stewart will up the stakes by improvising the cadenzas on the spot in the first four concertos.

Beethoven 360
Stewart enthuses: “Performing these concertos gets me into the public side of Beethoven—great theatre, great drama, great virtuosity, and, most importantly, great merriment. These pieces show him as entertainer, actor, storyteller, and playwright. To me, these concertos are pursuits of unbridled joy.”

The “Olympics” at RESONATE
These pianistic feats (yes, feats!) require intelligence, amazing memory, focus, and just plain stamina. “Mentally and physically, I train like an Olympic athlete...lots of repetition and building muscle memory in my fingers, so that by the time I rehearse and perform, my focus will be on an organic collaboration between conductor, orchestra, and audience,” says Stewart.

Breathe!
You’ll need it! After each breathtaking Orchestra Concert, mix and mingle with fellow-concertgoers (bar service available) before heading to the Palmer Room for music that’s up close and personal.

Getting intimate
After the break, it’s beguiling chamber music, including the “Ghost” piano trio, sublime sonatas, the cheery Septet, and, in the solo spotlight, Stewart plays the “Moonlight” Sonata, “Für Elise,” and more.

You MUST be there!

Celebrating its 28th Season, the Orlando Philharmonic Orchestra is led by Music Director Eric Jacobsen and is comprised of creative musicians and artists from around the world. The Philharmonic annually presents the 10-concert FAIRWINDS Classics Series and Pops Series, as well as its Focus Series and Symphony Storytime Series at The Plaza Live, a historic Central Florida venue. The Orlando Philharmonic Orchestra’s vision is to enrich, inspire, and serve the Central Florida community through the transformative power of live music, and it presents more than 170 live concerts and impacts more than 70,000 children, youth, and families annually through its Young People’s Concerts, Symphony Storytime Series, Notes in Your Neighborhood program, and free outdoor community concerts. A resident company of the Dr. Phillips Center for the Performing Arts, the Philharmonic will perform in the new Steinmetz Hall when it opens. The Orlando Philharmonic is a Partner Organization of the National Alliance for Audition Support, an initiative to increase diversity in American Orchestras. Learn more at OrlandoPhil.org. 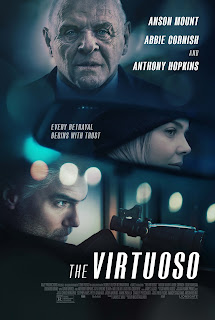