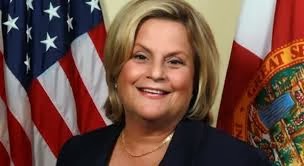 We Must Support the Democratic Aspirations of the People of Venezuela

As the widespread protests continue and more peaceful Venezuelans fall victim to the forces of oppression, the U.S. and responsible nations must stand in solidarity with the freedom seekers and pro-democracy advocates of Venezuela.
They have taken to the streets to demand an end to Nicolás Maduro’s anti-democratic measures and his failed economic policies that have caused a shortage of basic necessities, like bread, electricity and more, despite the vast oil wealth that the nation has.
But the harshest shortage is democracy. These unarmed freedom seekers have predictably been met by the heavy hand of Maduro’s state thugs, as the Venezuelan forces have responded with violence. Maduro remains intransigent and vows to continue to unleash the National Guard on these unarmed protesters under the false pretense of protecting the people of Venezuela. Montesquieu said that there is no crueler tyranny than that which is perpetrated under the shield of law and in the name of justice, and that is what we see with Maduro in Venezuela.
There have been over a dozen deaths, a high number of arrests – including that of one of the most vocal critics of Maduro, Leopoldo Lopez, who turned himself in even though he is facing serious trumped up charges.
His case caused Amnesty International to condemn Maduro, saying that the charges against Leopoldo were politically motivated and an attempt to silence dissent in Venezuela.
I hope my colleagues in the Congress are as vocal and engaged on the crisis in Venezuela as they have been on the problem in Ukraine. It is vitally important to highlight the democratic struggles of the people of Venezuela, where over a dozen pro-democracy advocates have been killed in the past weeks as Maduro unleashes his thugs in an effort to silence the masses.
The people of Venezuela deserve better than Maduro’s abuse of power, his corruption, and his anti-democratic measures and they are pleading for help, looking to the world – turning to the United States - to speak out against these injustices and to help them as they fight for their fundamental rights.
This is why I have introduced H. Res 488 a resolution that says to the people of Venezuela, to Maduro and to the world that the United States stands on the side of those who seek liberty and democracy in Venezuela and that we will not remain silent while these abuses persist. This resolution also deplores the inexcusable use of violence against opposition leaders and the protesters – many of whom are just students – and the use of intimidation to try to silence dissent.
House Resolution 488 also urges responsible nations to not sit quietly on the sidelines, but to instead stand with them in solidarity with the people of Venezuela and to actively encourage a process of dialogue to end the violence.
We must stand together in support of freedom, in support of peace, in support of nonviolence, and in support of those seeking a peaceful, democratic process in Venezuela.