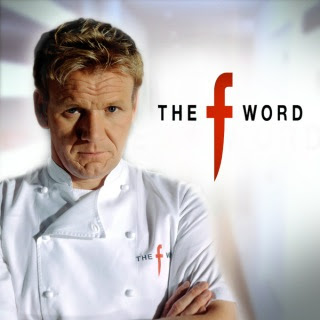 "THE F WORD" WITH GORDON RAMSAY

The Cooking Cubans” – a Cuban American family who settled in Carlsbad, CA after fleeing from Guantanamo, Cuba during the reign of Fidel Castro. The mother, Ali’s roots trace back to Lebanon and the father, Joseph, is Spanish, and their dishes represent a combination of both worlds. The Troya family is a loud-mouthed and fun loving team!

The “F” stands for food!
THE F WORD WITH GORDON RAMSAY is a bold new show from the award-winning chef and series host. Based on his hit U.K. series of the same name, each distinctive and fast-paced hour will combine good food and good cooking with Ramsay’s passion, energy and humor into a one-of-a-kind LIVE series.
On THE F WORD WITH GORDON RAMSAY, foodie families and friends from across the U.S. will battle it out in an intense, high-stakes cook-off. In addition to impressing Ramsay, each team must win over the hearts and taste buds of the diners, celebrities and VIP guests whom they’re serving. The winning team in each episode will join the leader board and the Top Two teams will have the chance to compete for a cash prize in the season finale. Throughout each hour-long episode, Ramsay chats with surprise guests and VIPs in the dining room, shows viewers and competitors his skills with stylized cooking demos and appears weekly in unique field segments with fans, foodies and culinary experts.
THE F WORD is produced by Studio Ramsay and All3 America. The series is executive-produced by Gordon Ramsay, Greg Lipstone, Layla Smith, Chris Brogden and David Friedman. “Like” THE F WORD on Facebook at Facebook.com/TheFWordFOX. Follow the series on Twitter @TheFWordFox and join the discussion using #TheFWord. See photos and videos on Instagram by following @thefwordfox.