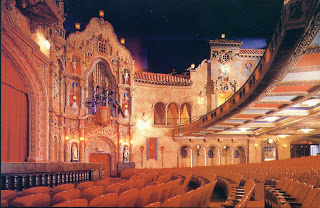 Comedian Mike Birbiglia wrote, directed and stars in Sleepwalk With Me, a sincere and hilarious film that is based on his off-Broadway show and bestselling book and was the winner of a 2012 Audience Award at the 2012 Sundance Film Festival. The story: when an aspiring stand-up fails to express his true feelings about his girlfriend and his stalled career, his anxiety comes out in increasingly funny and dangerous sleepwalking incidents. The film features Lauren Ambrose ("Six Feet Under”), Carol Kane ("Taxi"), James Rebhorn ("Meet the Parents"), Cristin Milioti (star of Broadway's "Once"), plus comedians Marc Maron, Kristen Schaal, Wyatt Cenac, Jessi Klein, Henry Phillips and David Wain.
Showtimes are 7:30 p.m. Friday; 2:30, 5 and 7:30 p.m. Saturday and Sunday, and 7:30 p.m. Monday through Wednesday.
Opening Friday, Oct. 26, The Other Son is the moving and provocative tale of two young men – one Israeli, the other Palestinian – who discover they were accidentally switched at birth, and the complex repercussions on themselves and their respective families.
Joseph (Jules Sitruk), an 18-year-old musician preparing to join the Israeli army, lives at home in a comfortable suburb of Tel Aviv with his parents, France-born physician Orith (Emmanuelle Devos) and Israel-born army commander Alon Silbers (Pascal Elbé). But a blood test for Joseph’s military service reveals that he is not their biological son. During the Gulf War, Joseph was evacuated from a clinic along with another baby, and both were given back to the wrong families. The revelation turns the lives of the two families upside-down, forcing them to reassess their respective identities, values and beliefs.
Showtimes are 7:30 p.m. Friday; 2, 5:30 and 7:30 p.m. Saturday; and 7:30 p.m. Sunday through Thursday.
Tickets for each of these films are $10 ($8 for Tampa Theatre members) at the box office, located at 711 N. Franklin Street in downtown Tampa. For more information, visit TampaTheatre.org
A catapult for the imagination since 1926, the Tampa Theatre is a symbol of our city’s glorious past and bright future. Tampa Theatre is a passionately protected landmark and one of America’s best-preserved examples of grand movie palace architecture. The Tampa Theatre Foundation’s mission is to preserve the Tampa Theatre as a dynamic cultural institution.
Publicadas por Axel a la/s 6:12:00 p. m.