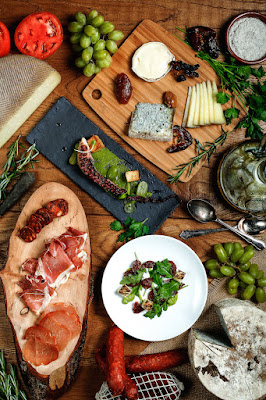 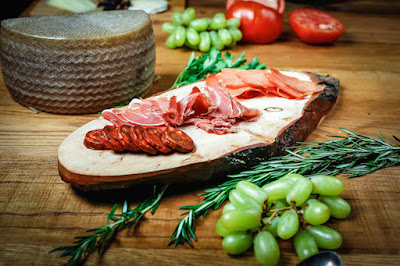 Husband-and-wife duo, Katerina and Vassilis Coumbaros, who also own the celebrated Greek eatery Taverna Opa Orlando, are excited to open their highly-anticipated second concept, Tapa Toro, a Spanish restaurant set to open on June 29, 2015in the center of the city’s new tourism complex at the I-Drive 360. Tapa Toro will pay tribute to classic and contemporary Spanish cuisine with a robust tapas menu and “paella pit,” which will act as a focal point of the restaurant. Complementing the fare will be a flavorful menu of more than 20 libations, which includes an expansive list of imported wines, in addition to a full collection of spirits and signature cocktails.

Inspired by the culture’s dedication to food and wine, the Coumbaros’ traveled to Spain and developed a menu that leads with indigenous ingredients with imported signatures like chorizo and sherry, complemented by local produce and organic proteins. “Celebration is the Spanish way of life, and Tapa Toro will pay homage to this by fusing food and entertainment under one roof,” said Katerina Coumbaros. “Vassilis and I were inspired by the architecture, the culture and the cuisine of Spain. Tapa Toro is our way of bringing all these memories home.”

Paella, a Spanish-cuisine staple made of rice, green vegetables and meat or seafood; will lead the menu, with four variations of the dish– vegetarian, chicken, seafood or steak. Guests can also enjoy traditional tapas and plates such as Buñuelos, fluffy salted cod fritters; Gambas al Ajillo, a classic tapas dish of shrimp sautéed in olive oil, garlic, paprika and a splash of brandy; Fricasé de Pollo, roasted Bell & Evans chicken breast, artichoke, tomato, pearl onion, fingerling potatoes and chicken jus; Albondigas, a Spanish meatball made with veal and beef combined with cheese and seasoned with parsley, garlic and Spanish paprika; and Patatas Bravas, fried white potatoes served with a spicy tomato aioli. Guests can also choose from other fare including a Museo de Queso platter of Spanish cheeses, while meat-lovers can enjoy a selection of traditional cured meats with the Museo de Carne platter featuring Jamón Serano, Lomo Embuchado, and Fuet.

The focal point in the restaurant is an over-sized, seven-foot wide paella pit, designed with a bar-like setup for guests to dine around, as the rice-based signature dish of Spain is prepared.

Tapa Toro’s bar will feature an extensive selection of Spanish wines, spirits and cocktails, with specialties such as house-made sangria, the Corazon de España (gin and tonic) and Tinto de Verano, a light red wine served in a traditional Spanish wine pitcher called a porron.

Tina Marie Interior Design spearheaded the restaurant’s design with Spanish accents of imported mosaic tiles and a wall dedicated to traditional and interactive art. Furnishings and light fixtures are inspired by Barcelona and are spread over 5,000-square-feet of space.  Indoor and outdoor entertaining can be had with five rooms dedicated to a bar and four private dining rooms available for parties, celebrations and corporate dinners. On any given night up to 270 guests can enjoy an experience similar to Taverna Opa Orlando with food, fun and entertainment as Tapa Toro transforms with live music and tableside flamenco dancers.
http://tapatoro.restaurant/

ABOUT TAPA TORO ORLANDO
Tapa Toro Orlando, a locally-owned and operated Spanish tapas concept with a focus on cuisine from the region, is located at 8441 International Drive in Orlando, FL. Tapa Toro Orlando will be open daily for brunch, lunch and dinner Monday through Thursday from 11 a.m. - 11 p.m. and Friday - Saturday from 11 a.m. – 2 a.m. and accept both walk-ins and reservations. For more information, please visit facebook.com/tapatoroorlando.