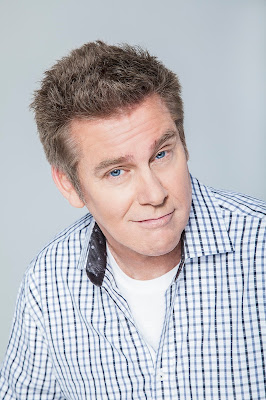 Dr. Phillips Center for the Performing Arts and Live Nation announce the fall Orlando engagement of Brian Regan’s non-stop theater tour. The comedian’s summer and fall tour will visit 39 cities throughout the year. Regan visits close to 100 cities each year, selling out the most beautiful venues on the continent, and he will arrive in the Walt Disney Theater on Friday, September 22, 2017 at 8 p.m. Tickets will go on sale to the general public this Friday, April 7, 2017 at 10 a.m.  Tickets start at $49.75 and may be purchased online at drphillipscenter.org, by calling 844.513.2014 or by visiting the Dr. Phillips Center Box Office at 445 S. Magnolia Avenue, Orlando, FL 32801 between 10 a.m. and 4 p.m. Monday through Friday, or 12 p.m. and 4 p.m. Saturday. Online and phone ticket purchases are subject to handling fees.

Regan just announced a two-special deal with Netflix, joining Jerry Seinfeld, Chris Rock, Dave Chappelle and Louis CK in multi-special deals with the leader in worldwide streaming. Regan will tape the first special on June 23 and 24, 2017 at the Paramount Theatre in Denver. Announcing the deal during his March 28, 2017 appearance on “The Tonight Show Starring Jimmy Fallon,” Regan is a regular on “The Tonight Show,” and he made 28 appearances on “Late Show with David Letterman,” the most of any comic in the show’s 22 years on CBS.

Regan’s latest stand-up special, “Brian Regan: Live from Radio City Music Hall” (2015), was the first-ever live broadcast of a stand-up special in Comedy Central’s history. The special was critically acclaimed, with Vanity Fair calling Regan, “the funniest stand-up alive.” He made a scene-stealing cameo in Chris Rock’s film, “Top Five,” and was a guest on Seinfeld’s “Comedians in Cars Getting Coffee.”