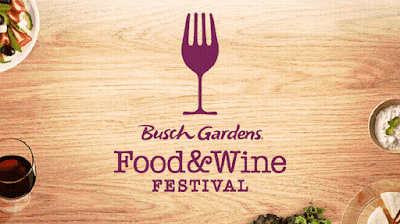 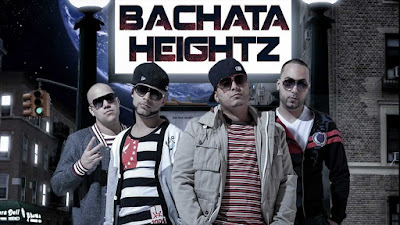 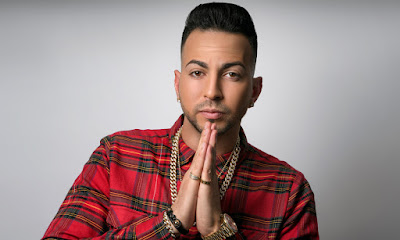 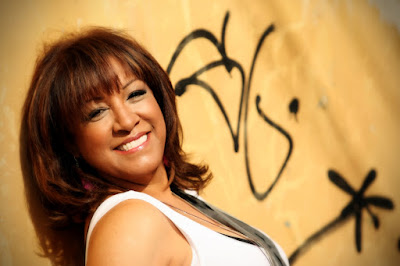 The festival takes place on Saturdays and Sundays now through April 30.  Concerts are included with any Pass, Fun Card or daily admission.

Bachata Heightz - Saturday, April 29 at 7 p.m., Gwazi Park ( 5:30 p.m.)
Bachata Heightz fuses the traditional rhythm of bachata with hip hop and R&B, creating a unique sound of their own and fully embodying the urban bachata realm. The group collaborated with Hector Acosta on “Me Puedo Matar” before the release of their debut album, The First, which includes “Te Busco”, and their second successful album, Dime Por Que.

Justin Quiles - Saturday, April 29, Gwazi Park (7 p.m.)
Puerto Rican singer-songwriter, Justin Quiles, skyrocketed to the top of the Billboard charts with hits including “Maria”, “Me Curare” and his remix with J. Balvin, “Orgullo”. His album, The Promise, was released in July and debuted on the Billboard charts as the #1 Latin Rhythm Album and #2 Latin Album overall.  The first single from the album, “Si Ella Quisiera”, has over 30 million views on YouTube, 15 million Spotify streams and is currently in the Top 20 in Latin radio.

Milly Quezada - Saturday, April 29, Gwazi Park (8:30 pm)
Milly Quezada, also known as the “Queen of Merengue” is a Domincan Republic native with a lengthy list of Billboard hits, award-winning songs and prestigious recognitions. Among the many awards and honors she’s received, Milly won a GRAMMY for her album, Pienso Asi,  produced by salsa legend, Gilberto Santa Rosa, and for her 2006 album, MQ, produced by Dominican artist, Ramon Orlando Valoy. Throughout her career she’s made musical history with international hits like “La Guacherna,” “Volvio Juanita,” “Tengo” and many more.

Tribute Bands - Sunday, April 30, Gwazi Park (2 p.m. – 8 p.m.).
Raise your glass to tribute bands as they take the stage at the Food & Wine Festival paying homage to some of the greatest artists of all time, including Prince, Queen, Jimmy Buffet and Bon Jovi. Enjoy the some of the great island rhythms of Jimmy Buffet, the legendary rock hits from Queen, the pop-rock chart-toppers of Bon Jovi and Prince’s most iconic songs in music history. Performances begin at 2 p.m. and continue through the day.

In addition to chart topping concerts, this year Busch Gardens Tampa Bay has added more ways to savor the festival including:

·         Food & Wine Sampler – Guests with exclusive interests in culinary offerings can purchase a Food & Wine sampler that includes any samples of choice throughout the Festival. Samplers are available in quantities of five, eight or twelve and start at $29.99.

·         Wine by the Bottle – Guests can take home a part of the Food & Wine Festival with wine available for purchase by the bottle in select gift shops, including Xcursions, Nature’s Kingdom and Tiger Trail.

The Festival features 13 different culinary cabins that guests can experience throughout the park, each with its own special menu including three new cabins, Tasty Taquiera, Cooking with Coke® Pavilion and Fry Fusion Presented by Coca-Cola®. With a menu of more than 35 delectable dishes designed specifically for the event, including signature dishes and exciting new cuisine like duck tacos, lobster ravioli, bacon mac & cheese, brown sugar rubbed pork belly, banana foster panna cotta and cabernet-filled chocolates, as well as an expanded selection of wines, craft brews and cocktails.
The Busch Gardens Food & Wine Festival takes place on Saturdays and Sundays from March 4 through April 30 and is included with any Pass, Fun Card or daily admission. Food and beverage is not included with park admission and is available for an extra fee. Guests must be 21 years of age or older to consume alcoholic beverages
Be the first to know about new events, special deals and future announcements by following the park’s blog at BuschGardensTampaBlog.com, or “Like” the Busch Gardens Facebook page, and follow @buschgardens on Twitter, Instagram and Snapchat.
Publicadas por Axel a la/s 8:00:00 p. m.