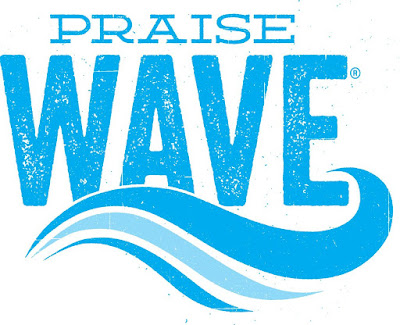 Christian music fans can rejoice, new dates and performances have been added to Praise Wave, a fan-favorite event that offers guests a day of fellowship and fun at SeaWorld Orlando. The live concert event series has added two additional dates, expanding the event to Saturdays and Sundays through Feb. 11.

Guests can enjoy live musical performances by some of the hottest names in Christian music and celebrate in an atmosphere filled with Christian friendship, thrilling rides and inspiring animal attractions.

·         SWITCHFOOT - Saturday, February 3: SWITCHFOOT has been unearthing all manner of musical gems since their 1997 debut “The Legend of Chin,” steadily expanding their global fan base and critical reputation through such releases as the multi-platinum breakthrough “The Beautiful Letdown” (2003) and the Grammy award-winning “Hello Hurricane” (2009).  Beyond their career achievements, SWITCHFOOT has been active in a variety of philanthropic efforts through the band's own Bro-Am Foundation.

·         MercyMe - Saturday, February 10: GRAMMY-nominated, multiple American Music Award and Dove Award winners MercyMe have sold more than 8.5 million units in CD, single and DVD sales, garnered 27 No. 1 multi-format Christian radio singles and four consecutive mainstream radio hits with “I Can Only Imagine,” “Here With Me,” “Homesick” and “So Long Self.”

·         NEW – Matthew West – Sunday, February 11: Well known for communicating stories through song, Matthew West has received thousands of stories from around the world. His latest studio album, “All In,” continues that storytelling theme and includes the No. 1 single “Broken Things.” His album, “Live Forever,” debuted at No. 1 on the Billboard Christian Sales Chart. The hit "Grace Wins" was also a No. 1 single. “Hello My Name Is” achieved a record-setting No.1 for 17 straight weeks at radio and “The Motions” was No. 1 for 15 weeks.

Live concerts take place at 1:30 p.m. and 4:00 p.m. (Sunday, Feb. 4 concerts will take place at 1 and 3 p.m.) in the park’s Nautilus Theater and are included with park admission. Reserved seating packages for all performances are available online at SeaWorldOrlando.com and start at $19.

Live musical performances at the park continue in February with the return of SeaWorld’s Seven Seas Food Festival. As guests sip and sample their way through the park, they will discover globally-inspired flavors while enjoying local craft beers and culinary marketplaces. The fun goes beyond the food with live performances from top country, rock and Latin music artists for 9 consecutive weekends, Feb. 17 – April 15.

The best deal for guests to experience Praise Wave, and all of SeaWorld’s special events throughout the year, is with a SeaWorld Orlando Annual Pass which includes unlimited admission with no blockout dates thru December 31, 2018. For a limited time, guests who purchase a SeaWorld Annual Pass receive Aquatica, SeaWorld’s Waterpark, for free. For more information and to purchase tickets and annual passes visit SeaWorldOrlando.com.