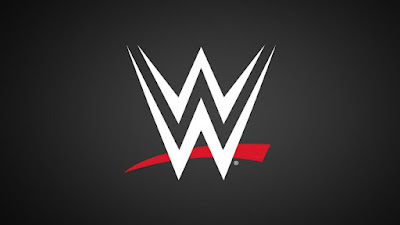 With the debut of WWE ThunderDome at Amway Center, WWE will virtually bring fans into the arena via live video on massive LED boards, and it will be complemented with The Famous Group and its proprietary technology, for every Monday Night Raw®, Friday Night SmackDown® and WWE pay-per-view event. Starting tonight, fans may register for their virtual seat to be part of upcoming shows by visiting www.WWEThunderDome.com or at WWE’s Facebook, Instagram or Twitter pages.

"Our longstanding partnership with WWE continues to yield exciting events and indelible memories," said Orlando Mayor Buddy Dyer. "While the global pandemic continues to create challenges for everyone, it has also led to new opportunities. We're grateful to be a part of this history-making endeavor."

“WWE has a long history of producing the greatest live spectacles in sports and entertainment, yet nothing compares to what we are creating with WWE ThunderDome,” said Kevin Dunn, WWE Executive Vice President, Television Production. “This structure enables us to deliver an immersive atmosphere and generate more excitement amongst the millions of fans watching our programming around the world.”

"This extended residency is a first for both WWE and Amway Center and it couldn't come at a better time," said Orlando Venues Chief Venues Officer Allen Johnson. "With numerous live events happening under our roof, this opportunity allows us to welcome WWE's passionate fans into the arena remotely for truly one-of-a-kind entertainment.”

“As WWE takes residency at the world-class Amway Center, we have reimagined our live event experience for today’s environment,” said Brian Flinn, WWE Chief Marketing & Communications Officer. “In partnership with The Famous Group, we will virtually bring our fans back into the show and recreate the interactive in-arena atmosphere that has been a staple of WWE events for decades.”

WWE’s residency at Amway Center will be an ongoing partnership for the foreseeable future and Raw, SmackDown and pay-per-view programming will be produced on closed sets with only essential personnel in attendance. Additionally, WWE administers health and safety protocols for talent, crew and employees concurrently with each production, including PCR testing for COVID-19, physical distancing and wearing face coverings.

About WWE
WWE, a publicly traded company (NYSE: WWE), is an integrated media organization and recognized leader in global entertainment. The company consists of a portfolio of businesses that create and deliver original content 52 weeks a year to a global audience. WWE is committed to family friendly entertainment on its television programming, pay-per-view, digital media and publishing platforms. WWE’s TV-PG, family-friendly programming can be seen in more than 800 million homes worldwide in 28 languages. WWE Network, the first-ever 24/7 over-the-top premium network that includes all live pay-per-views, scheduled programming and a massive video-on-demand library, is currently available in more than 180 countries. The company is headquartered in Stamford, Conn., with offices in New York, Los Angeles, London, Mexico City, Mumbai, Shanghai, Singapore, Dubai, Munich and Tokyo. Additional information on WWE (NYSE: WWE) can be found at wwe.com and corporate.wwe.com. For information on our global activities, go to http://www.wwe.com/worldwide/.

About Amway Center
The Orlando Magic served as the developer of the Amway Center, which hosts major national events, concerts and family shows. Opened in the fall of 2010, the facility is owned and operated by the City of Orlando on behalf of the Central Florida community. The Amway Center was designed to reflect the character of the community, meet the goals of the users and build on the legacy of sports and entertainment in Orlando. The building’s exterior features a modern blend of glass and metal materials, along with ever-changing graphics via a monumental wall along one facade. A 180-foot tall tower serves as a beacon amid the downtown skyline. The 875,000 square foot, Leadership in Energy and Environmental Design (LEED) Gold certified building features a sustainable, environmentally-friendly design and unmatched technology, including 1,100 digital monitors, the tallest high-definition video board in an NBA venue and multiple premium amenities available to all patrons in the building. Amway Center was recently honored with the International Association of Venue Managers' 2017 Venue Excellence Award which is bestowed upon facilities that excel in the management and operation of public assembly venues. Amway Center was the only arena to garner this distinction. Additionally, the arena has earned numerous awards which most notably includes TheStadiumBusiness Awards’ 2013 Customer Experience Award and was named SportsBusiness Journal's 2012 Sports Facility of the Year. For more information about the Amway Center, visit www.amwaycenter.com.
Publicadas por Axel a la/s 8:00:00 p. m.