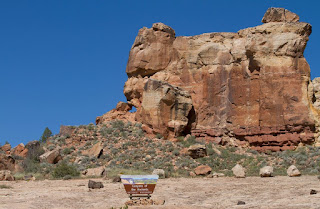 Cortez, Colo. - Travelers have some pent-up energy (and resources!) to burn, and experts predict travel will come back in a big way this summer. Experience the trip of a lifetime by planning a vacation to Mesa Verde Country in Southwest Colorado. The area has been home to Native American communities for several thousands of years. What they’ve left behind is one of the most abundant collections of archaeology sites in the entire country.

“Because of the rich culture and history in our area, visiting Mesa Verde Country is almost like traveling to a far-off land without ever leaving the U.S.,” says Kelly Kirkpatrick, Executive Director of Mesa Verde Country. “Especially as multi-generational travel picks back up, we are seeing more grandparents and parents want to share the wonder of Mesa Verde Country with the next generation. We are here to welcome you with open arms.”

Here are some of the best ways visitors can enjoy the area’s archaeology, history and Western heritage and hospitality.

Mesa Verde National Park – the only park dedicated to preserving the villages and structures hand-built by ancient civilizations – boasts more than 80 square miles to explore. Approximately 600 of the over 5,000 archaeological sites found in Mesa Verde National Park are cliff dwellings. Other sites include mesa-top pueblos, farming terraces, towers, reservoirs and check dams.

But the park isn’t the only attraction archaeology-loving explorers will enjoy in Mesa Verde Country. The 125,000-acre Ute Mountain Tribal Park offers tribal member-guided tours of the rock art, cliff dwellings, surface rooms and artifacts. This park was named by National Geographic Traveler as one of the “80 World Destinations for Travel in the 21st Century” – one of only nine U.S. destinations to receive the designation.

Hovenweep National Monument includes six prehistoric villages built between A.D 1200-1300. A variety of structures include the multistory towers perched on canyon rims and balanced on borders. Experts think these were used as celestial observatories, defensive structures, storage buildings, homes or a combination thereof.

Housed in a 1909 historic building, the Cortez Cultural Center contains a wealth of information on archaeology and the history of the area’s Native American people. The Center’s museum displays interpretative exhibits about the Native American tribes who’ve called Mesa Verde home, as well as monthly art exhibits that feature local and regional artists. The outdoor plaza hosts Native American dances.

The town of Mancos is the perfect mix of Old West meets artistic charm. Louis L’Amour used the Mancos River Valley as inspiration for his Western novels, and the town still maintains the historic allure captured in his works. There are cattle drives down Main Street, which is lined with artisan galleries, quaint shops, and delicious restaurants. As a town known for its creativity, Mancos artisans craft beer and cider, jewelry and home decor, as well as world-renowned bronze sculptures. This blend of the old and new – in art  and in life – makes Mancos a must-experience location within Mesa Verde Country.

Ancient Agriculture
The Ancestral Puebloans were the first agriculturists in the area, farming the valleys and mesas of Montezuma County, including Mesa Verde National Park, until about 1300 A.D. Growing primarily corn, beans, and squash, they laid the agricultural foundation for today's farmers, ranchers, and vintners who carry on this long tradition. Shop the Cortez Farmers Market every Saturday from June-October. Eat at one of the areas many farm-to-table restaurants. Visit one of the breweries, cidery or winery.

For more information on planning a trip to Mesa Verde Country, call 800-530-2998 or visit www.mesaverdecountry.com.