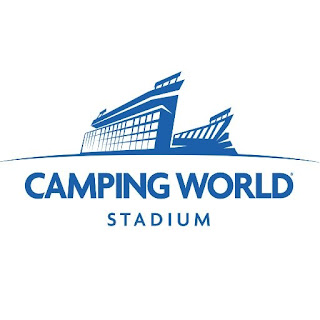 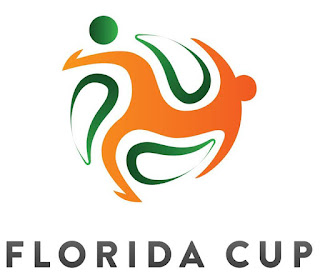 “I am a Florida Cup Influencer Ambassador, and in exchange for my time and efforts in attending matches and reporting my opinion within this blog, as well as keeping you advised of the latest discount offers, Florida Citrus Sports has provided me with complimentary tickets to 2021 Florida Cup matches and other exclusive opportunities.”

When and Where is the Florida Cup Being Held?

The Florida Cup will have two match days on July 25, 2021, and July 28, 2021. Each matchday will have doubleheader matches with the first match beginning at 6:00 p.m. EDT and the second match beginning shortly after the conclusion of the first at 8:30 p.m. EDT. The first day will consist of semifinal games. The second matchday will feature a consolation game for the two losing teams and the championship match between the two winning teams.

The first day will consist of semifinal games. The second matchday will feature a consolation game for the two losing teams and the championship match between the two winning teams.

The matches will be played at Camping World Stadium.

Which Teams are Playing in the Florida Cup?

The following Florida Cup matches are happening on Sunday, July 25, 2021:

Where Can I get Florida Cup Tickets?

Florida Cup tickets will be sold by the day or as a package for both days. Therefore, if you buy a ticket for one day, you get into both matches that are played on that day. Here is a list of all of the ticket options:

Once at the games, there will be specific fan sections available so that fans of each team can sit together. Supporters Sections are as follows:

Camping World Stadium is located in Orlando, Florida, in the West Lakes neighborhood of Downtown Orlando. The stadium is west of the Amway Center, the Dr. Phillips Center for the Performing Arts, and Exploria Stadium. The stadium has a capacity of 65,000 people and has recently enhanced its fan experience by providing every fan with wider, chair-back seats at every level within the stadium. 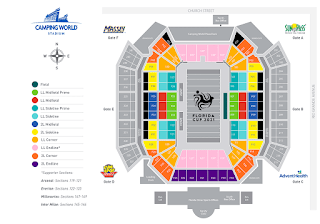 This website features an awesome tool where you can see the view from your seat.

Arsenal FC is based in Islington, London, England. The club was formed in 1886 when workers from the Woolwich Arsenal Armament Factory decided to create a football team. They originally called themselves Dial Square. The club plays in the Premier League, which is the top league of English football. Arsenal’s top rival is their nearest neighbor, Tottenham Hotspur. Other rivals are Chelsea, Fulham, and West Ham United. Some of their current top players are Bukayo Saka (midfielder), Pierre-Emerick Aubameyang (forward), and Alexandre Lacazette (defender).

Everton FC is based in Liverpool and competes in the Premier League as well. The club was founded in 1878 as St Domingo FC. The club’s roots are loosely related to a Methodist New Connexion Congregation. Everton’s top rival is Liverpool, whose stadium is less than one mile away from Everton’s stadium. The top player at Everton FC right now is James Rodriguez (midfielder). Other key players include Dominic Calvert-Lewin (forward), Richarlison (forward), and Yerry Mina (defender).

Inter Milan FC, also known as Internazionale Milano, is an Italian team based in Milan, Lombardy. It is the only Italian club that has never been relegated from the top flight of Italian football. The club was founded in 1908 after a division within the Milan Cricket and Football Club (now A.C. Milan). The rivalry continues to exist between A.C. Milan and Inter Milan FC today. Inter Milan is a legendary club with 19 Serie A victories (Scudetto) and has been the home for many world-class players. Some of these top players include Romelu Lukaku (forward), Lautaro Martinez (forward), Alexis Sanchez (forward), and Stefan de Vrij (defender).

Millonarios FC is a professional Colombian football club based in Bogotá, Colombia. The team plays in the Categoría Primera A and has their home games in El Campin stadium. The club was created in 1937 by students from Colegio San Bartolomé. One of their biggest rivals is Bogotá’s Santa Fe. Top players from this team include Fernando Uribe (forward), Christian Arango (forward), and David Macalister Silva (midfielder).