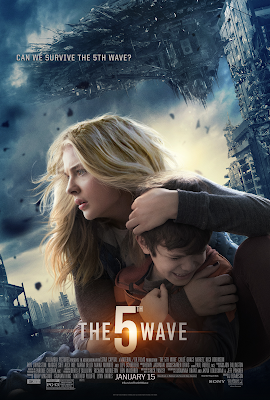 THE 5th WAVE en Cines Enero 22
In the new film The 5th Wave, four waves of increasingly deadly attacks have left most of Earth decimated. Against a backdrop of fear and distrust, Cassie (Chloë Grace Moretz) is on the run, desperately trying to save her younger brother. As she prepares for the inevitable and lethal 5th wave, Cassie teams up with a young man who may become her final hope - if she can only trust him.

The 5th Wave has teamed up with Yosemite Conservancy and we’re offering a dollar for every tweet and Facebook post you make using #MakeWaves and #Charity and tell us how you’re helping preserve the planet in 2016! The Yosemite Conservancy provides grants and support to Yosemite National Park to help preserve and protect Yosemite today and for future generations. Thank you for your support! Tag @YoseConservancy on Twitter or /YosemiteConservancy on Facebook with #MakeWaves and #Charity

Join the the movement and help preserve the planet.