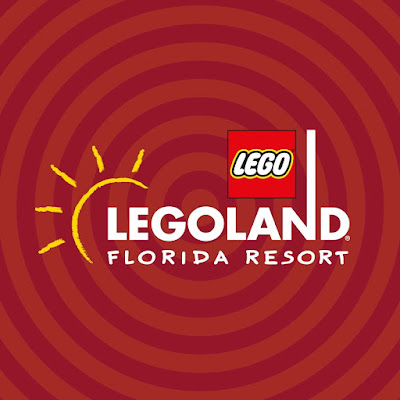 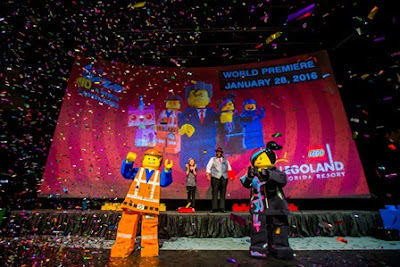 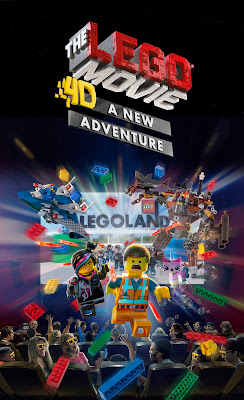 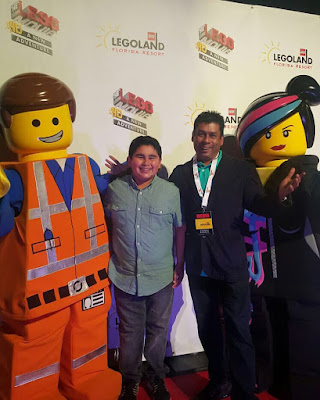 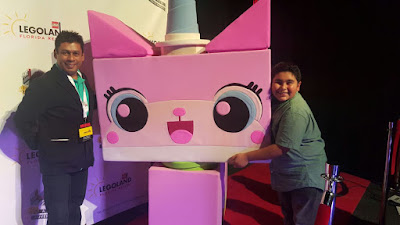 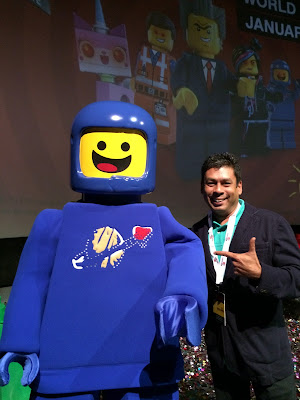 In 2014, kids around the world embraced the adventures of Emmet, an ordinary, rules-following, perfectly average LEGO minifigure who is mistakenly identified as the key to saving the world in “The LEGO Movie™,” which went on to gross more than $400 million worldwide.

But what happened after the movie?

Fans can find out starting on Jan. 29, now that “The LEGO Movie™ 4D A New Adventure” has officially opened at LEGOLAND Florida Resort.

Set after the events of the movie, the 12 ½-minute story finds the gang entangled in an Evil Secret Plot involving a mysterious theme park inspired by their adventures in “The LEGO Movie,” one that requires them to call on the Master Builder skills of a surprise ally to save the day.

“The LEGO Movie™ 4D A New Adventure” was directed by Rob Schrab, who is making his feature film directorial debut with “The LEGO Movie Sequel,” set to open May 18, 2018. When it came to designing the attraction, he said a strong story was critical to its success.

“We only spotlight them for a fraction of the amount of time,” he said, “so it’s important to get to the fun as soon as possible. This is the first time Emmet, Wyldstyle and the gang meet since the film.”

Developed in collaboration with LEGOLAND owner Merlin Entertainments Group and Warner Bros. Consumer Products, the attraction was created by Los Angeles-based Pure Imagination Studios with input from Phil Lord and Christopher Miller, the talented writer-directors who brought “The LEGO Movie” to hilarious life, along with producer Dan Lin.

The result is a delightfully clever blend of the same sly humor and breathtaking, built-with-LEGO visuals that made the first-ever, full-length theatrical LEGO film a global hit among kids and adults alike.

For Offerman, the opportunity to slip back into MetalBeard’s shoes – er, bricks – was a welcome one.

“I have worked with Rob on ‘Childrens Hospital’ and ‘Parks and Recreation,’ so it was like a nice reunion of old pals from summer camp,” he said of making the attraction. “We just tried to make each other laugh with silly renderings of dead-serious pirate-y mayhem.”

Following its debut in Florida, “The LEGO Movie™ 4D A New Adventure” will open Feb. 6 at LEGOLAND California Resort in Carlsbad, Calif., and at all other LEGOLAND theme parks and LEGOLAND Discovery Centers worldwide in 2016.

Awesome New Event Extends the 4D Fun Exclusively at LEGOLAND Florida Resort in February
Every Saturday and Sunday in February, “The LEGO® Movie™ 4D” Weekends invite fans to celebrate the new adventure of Emmet and his friends during an all-new event held exclusively at LEGOLAND Florida Resort.
Guests will enjoy extended park hours, LEGO building opportunities, hands-on activities built just for kids, a passport adventure with stops throughout the park and meet-and-greet opportunities with the characters from “The LEGO® Movie™ 4D A New Adventure,” including some never seen before in a LEGOLAND theme park.
To conclude the fun, each evening will end with an amazing fireworks display over picturesque Lake Eloise. All activities and entertainment are included with park admission.
For more information, visit http://florida.legoland.com/tlm4d-weekends-pr.
Publicadas por Axel a la/s 3:23:00 p. m.