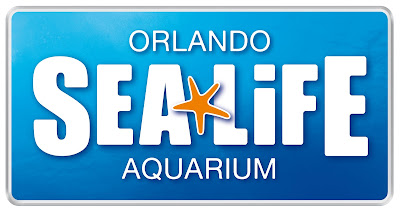 SEA LIFE Orlando Aquarium is putting a new twist on pumpkin carving by taking the traditional Halloween activity underwater! At select times throughout the day, the aquarium’s divers perform fun and educational dive shows for guests in the Indian, Atlantic or Pacific Ocean habitats, surrounded by sharks, rays, sea turtles, fish and other marine life. In the spirit of the upcoming Halloween holiday, several divers have taken their pumpkin carving skills to new levels by carving designs, such as turtles, sharks and more, to create ocean-themed jack-o’-lanterns while submerged in the Indian Ocean habitat.

For tickets and more information, go to VisitSEALIFE.com/Orlando.

The new SEA LIFE Orlando aquarium provides explorers, both the young and young-at-heart, with the opportunity to navigate through Orlando’s only 360-degree walkthrough underwater tunnel, and take in the views of amazing marine life from the oceans of the world through floor-to-ceiling displays, window and bubble aquariums, a 180-degree walkthrough tunnel, a cold water rockpool that provides interaction with sea stars and sea urchins, a special area dedicated to the Florida Everglades, and more than 32 display habitats featuring 5,000 sea animals.

SEA LIFE provides a glimpse of the diversity of marine life, while also playing an active role in animal and environmental conservation. Visitors will see strong evidence of the Breed, Rescue and Protect program with activities around the world, and new projects developed locally, as well as educational initiatives, including guest lectures and talks.

SEA LIFE is the world’s largest aquarium chain and SEA LIFE Orlando is the 50th location aquarium launched in the world and the 8th in the U.S. SEA LIFE Orlando is located at 8337 International Drive in Orlando, Florida, inside I-Drive 360, the entertainment and dining complex which is the home of the 400-foot Orlando Eye observation wheel and celebrity wax attraction Madame Tussauds Orlando. For more information, go to www.visitsealife.com/orlando.