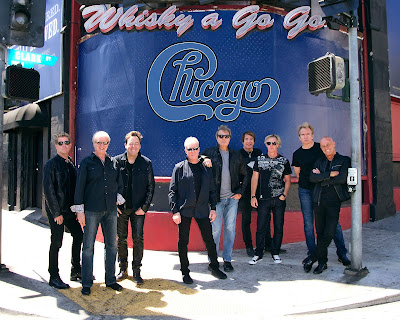 The legendary band comes to the Bob Carr Theater for one night only.

The Dr. Phillips Center for the Performing Arts, in association with Live Nation, will present the Orlando engagement of Chicago. The legendary rock-and-roll-band-with-horns will play the Bob Carr Theater on Friday, October 27, 2017 at 8 p.m. Tickets will go on sale to the general public, Friday, August 25, 2017 at 10 a.m. Tickets start at $50.50 and may be purchased online at drphillipscenter.org, by calling 844.513.2014 or by visiting the Dr. Phillips Center Box Office at 445 S. Magnolia Avenue, Orlando, FL 32801 between 10 a.m. and 4 p.m. Monday through Friday, or 12 p.m. and 4 p.m. Saturday. Online and phone ticket purchases are subject to handling fees. The Bob Carr Theater is located off the Dr. Phillips Center campus at 401 W. Livingston Street in Orlando.

Hailed as one of the “most important bands in music since the dawn of the rock-and-roll era” by former President Bill Clinton, Chicago in at #9, the highest-charting American band in Billboard Magazine’s recent Hot 200 All-Time Top Artists, and they are the first American rock band to chart Top 40 albums in six consecutive decades. After being eligible since 1994, they received their first nomination into the Rock and Roll Hall of Fame in 2016 and were subsequently inducted. The band’s first album, “Chicago Transit Authority,” was inducted into the GRAMMY® Hall of Fame in 2014, and they performed on the GRAMMY stage for the first time that year.

From the signature sound of the Chicago horns, their iconic vocalists and a few dozen of ever-classic songs, this band’s concerts are celebrations. 2017 marks the band’s 50th consecutive year of touring.

Chicago’s lifetime achievements include two GRAMMY Awards, multiple American Music Awards, Founding Artists of the John F. Kennedy Center for the Performing Arts, a star on the Hollywood Walk of Fame, a Chicago street dedicated in their honor, as well as keys to and proclamations from an impressive list of U.S. cities. Record sales top 100,000,000 and include 21 Top 10 singles, five consecutive #1 albums, 11 #1 singles and 5 Gold singles. An incredible 25 of their 36 albums have been certified Platinum, and the band has a total of 47 Gold and Platinum awards.

The band continues to be true ambassadors for their beloved hometown, carrying the city’s name with pride and dignity around the world.