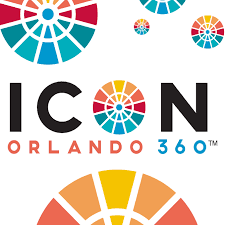 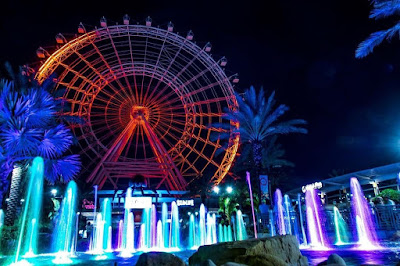 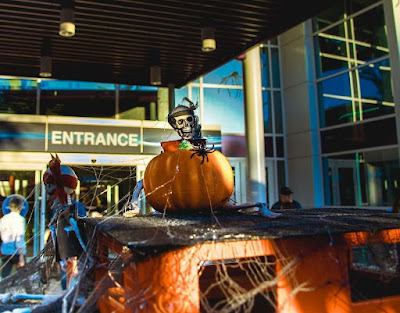 The Halloween spirit is taking over ICON Orlando 360! Now until October 31, ICON Orlando will be one of the spookiest sights in all of Central Florida. From the ICON Orlando 360 courtyard, visitors will see 64,000 LED lights bring the tallest observational wheel on the United States East Coast to life during a 10-minute light show synchronized to a Halloween soundtrack, featuring spirited songs like Michael Jackson’s Thriller. The show will take place at nightly at 8 p.m. and 9 p.m. through Wednesday, October 31.

As always, parking is FREE and there are plenty of dining and entertainment options for the whole family to enjoy! ICON Orlando is also offering their all-new Fly & Dine package that includes one flight aboard the iconic 400-foot observation wheel, along with a choice of prix fixe dining options at seven of ICON Orlando 360’s fast casual and full-service restaurants. The set menu options start at just $32 for fast casual or $45 for full-service dining at participating restaurants, including Tapa Toro Spanish Restaurant, Tin Roof Orlando, Sugar Factory Orlando, UNO Pizzeria & Grill and others.
Publicadas por Axel a la/s 7:07:00 a. m.