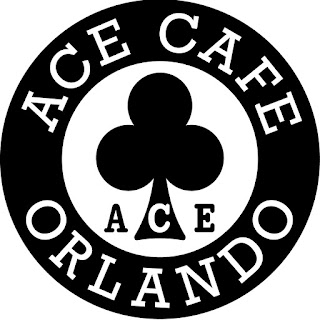 When Ace Cafe announced that it would be coming to the United States with a debut location in Orlando, site plans originally referenced an outdoor patio-style concert and events venue that would expand the facility’s ability to host large-scale events in the heart of downtown Orlando. Following two years of steady growth – especially in the events space – Ace Cafe has officially pulled permits with the City of Orlando to build out that outdoor space, to be called the “Backyard at the Ace.” 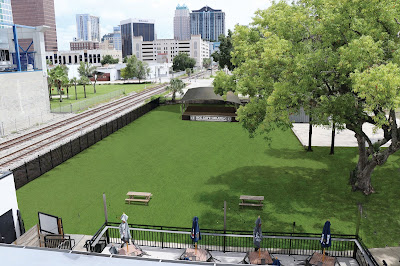 The expansion, which will occur on the south-side of the property, will include 15,000 square feet of artificial turf, new fencing, lighting, and power throughout the area. The expanded area will have a festive party vibe but will also be home to patio games that the whole family can enjoy. Cantina party light strands will be hung overhead as well as throughout tree trunks and branches on the property. A "beer garden" concept will be complete with plenty of speakers for music to be heard throughout, and of course, the venue will be able to set-up a stage in the Backyard space for larger concerts and events.

“Thanks to a wonderful response from locals and visitors alike, we have recognized that there is a growing need for more space – and particularly special event space – at Ace Cafe Orlando,” stated Jimmy Forster, Director of Operations, Ace Cafe Orlando. “This expansion and build-out sets up the Ace for our next level of growth, allowing us to continue to serve as a welcoming destination for individuals and now, even larger groups.”

The anticipated timeline for completion is late summer, after which time Ace Cafe will host a grand opening party to debut the Backyard venue. Once completed, the entire Ace Cafe property will be one of the largest food, beverage, and retail-based event venues in Central Florida.

More details about the grand opening event will be disclosed as they are solidified.

About Ace Cafe
Ace Cafe is the most famous motor-diner on the planet. Since 1938, Ace Cafe London has been a mecca for those passionate about cars, bikes and rock ’n roll culture. The original location on London’s North Circular Road began as a transport cafe for truckers, then evolved into a popular destination for rock ‘n roll-loving teens riding motorbikes during the '50s and '60s. Today, the Ace has a multi-generational appeal from motorsports enthusiasts from all over the world. Ace Cafe North America holds the exclusive licensee rights in North America and South America for this world-famous brand. Ace Cafe Orlando is the first North American venue for Ace Cafe. Other Ace Cafe locations around the globe include London, Lahti, Beijing, Lucerne and Barcelona. For more information, visitwww.acecafeusa.com.