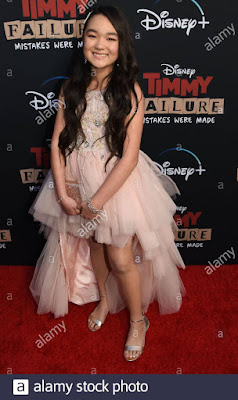 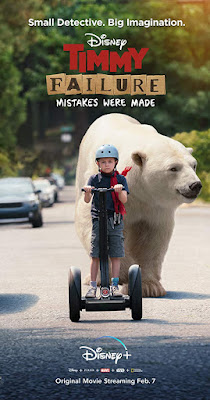 
“Directed by award-winning filmmaker Tom McCarthy, Disney+’s ‘Timmy Failure: Mistakes Were Made,’ based on the best-selling book of the same name, follows the hilarious exploits of our quirky, deadpan hero, Timmy Failure, who, along with his 1,500-pound polar bear partner, Total, operates Total Failure Inc., a Portland detective agency.”
In addition to acting, Ai-Chan enjoys horseback riding and competes in English saddle in equitation and jumping classes. If you would like any more information on Ai-Chan, please contact Keon Porter at keon@thebrand.partners.

Additional Information on Ai-Chan Carrier
While Ai-Chan is set to be best recognized for her upcoming role as Corrina Corrina in TIMMY FAILURE: MISTAKES WERE MADE, she has experience in musical theatre, commercials, TV, and film. On stage, she played Princess Ying Yoawlak in the musical King and I, Little Fan in a Christmas Carol, and a lullaby league munchkin in The Wizard of Oz, the play. In an effort to educate more people about healthcare, Ai-Chan collaborated with Kevin Hart and won Best Performance in a TV Commercial for Kevin Hart: Demystifying Premiumsat the 39th Annual Young Artist Awards in 2018
Publicadas por Axel a la/s 9:17:00 p. m.