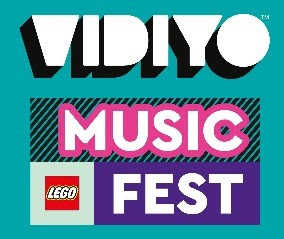 WILL FEATURE THE FIRST LEGO MINIFIGURE TO SIGN RECORD DEAL

This vibrant, interactive music festival will feature “dance-off” parties, interactive games, and pop-up performances. Colorful photo opportunities include larger-than-life scenes, and guests are encouraged to dress up as their favorite music artist to win prizes.

L.L.A.M.A will headline the music fest with two performances on each of the three event days on a specially themed stage. During the three-day extravaganza, families will also learn more about the world of LEGO VIDIYO while they get creative and produce their own content.

All event activities are included with LEGOLAND Theme Park general admission and select Annual Passes, starting at $9/month with a small down payment. LEGOLAND has built extra fun into every month of 2021 as the theme park built for kids celebrates its tenth birthday. The yearlong birthday celebration includes new events, attractions and shows. Join the party at LEGOLAND.com/florida

Fans can also follow along on Facebook, Instagram, Twitter, and YouTube as LEGOLAND Florida Resort shares “behind the bricks” moments of this awesome festival and reveals even more “reasons to party” in the coming months. Kid fans can also join in the fun with blog that is written just for them at LEGOLAND.com/florida/blog/

LEGO® VIDIYO™ is a playful and innovative music video maker experience designed for children, aimed at celebrating and expanding their creativity and shared passion for music. VIDIYO is a brand-new way to play that helps children dream big by directing, producing, starring in, and safely sharing their own music videos, featuring tracks from across the globe, led by chart hits by Universal Music Group’s unrivalled artists.

In addition to creating and sharing their own augmented reality experiences with L.L.A.M.A, music fans across the globe will find L.L.A.M.A as a minifigure in the DJ Llama BeatBox available at LEGO.com/VIDIYO.

Jetting in for his five-resort LEGOLAND® World Tour, L.L.A.M.A is set to “spin the decks” and perform a host of tunes, including his debut single, “Shake”, now available on UMG’s Astralwerks label, featuring three-time GRAMMY® winner NE-YO and newcomer Carmen DeLeon, who recently released the hit single “Juegas.”

L.L.A.M.A, whose name is an acronym for Love, Laughter And Music Always is the first LEGO® minifigure to sign a deal with a record label and the first artist to release a song via LEGO® VIDIYO™, will be touring five LEGOLAND® Resorts across the world to perform on stage. L.L.A.M.A is a global citizen, originally from the Andean region of South America, he moved to Los Angeles to pursue his dream of making music that keeps people happy. 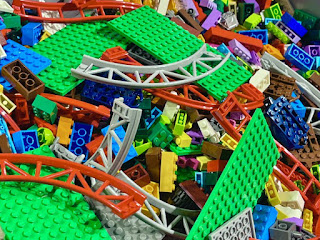