The Dr. Phillips Center to Mark Historic Completion in January 2022 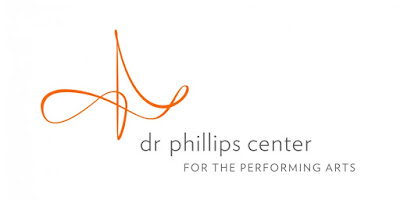 The Dr. Phillips Center for the Performing Arts to Mark Historic Completion in January 2022 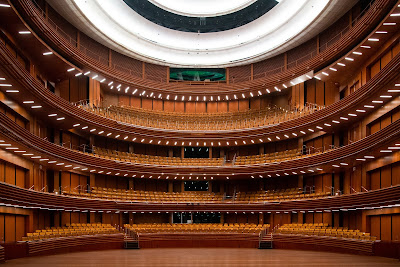 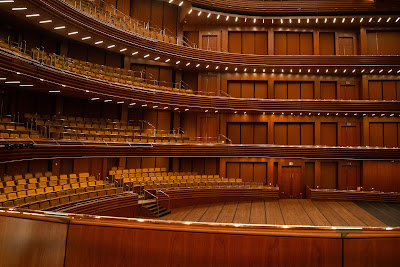 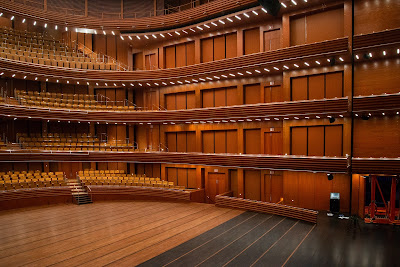 Following a 19-year journey, the Dr. Phillips Center for the Performing Arts today announced the biggest names in music, dance and comedy will share the stage for the celebration of the arts center's highly anticipated completion with the debut of Steinmetz Hall, an acoustically perfect concert hall in January 2022, and Judson's, a cabaret-style space in May 2022.

“We set out to build one of the greatest performing arts centers in the world—one that could transform our region and serve as a model for the future. And I think we did exactly that,” said Jim Pugh, Chairman of the Board at the Dr. Phillips Center. “Opening Steinmetz Hall and Judson’s completes the building as it was originally designed when we first started this project some 20 years ago. This is a place that will inspire Orlando for generations to come.”

“This has been one of the most ambitious performing arts development projects of the 21st century,” said Kathy Ramsberger, president and CEO of the Dr. Phillips Center. “Our approach all along was to redefine the role, and the perception, of a modern performing arts center. So we placed it in the heart of Orlando, surrounded by the true culture of our city—where Arts For Every Life® would always have a home.”

“Our collective vision for this building and its purpose was achieved thanks to the perseverance of our board, partners, donors, colleagues and the entire community,” Kathy said. “Since opening phase one in 2014, more than 2.4 million people have joined us for 2,400 performances, and more than 14,000 donors helped make this vision a reality. Seeing it all come to life now... It’s an incredible moment, both for the community that built it, and for the entire world to now be able to enjoy it.”

On Friday, January 14, the Grand Celebration Season will kick off with two weeks of events beginning with a ceremonial ribbon-cutting and open house. More than 250 artists will come together for Rise & Shine, a two-day celebration with Orlando’s best on the world stage of Steinmetz Hall—produced by Dr. Phillips Center, directed by Cole NeSmith, the executive director of the Creative City Project, and music director Eric Jacobsen, who serves as Music Director for Orlando Philharmonic Orchestra.

Celebrating 75 years as one of the world’s greatest orchestras, the London Royal Philharmonic Orchestra will continue showing the acoustic depth and flexibility of Steinmetz Hall with one-of-a-kind collaborations during a 10-day residency in Orlando—their first at a performing arts center in the U.S.

On Wednesday, January 19, The Royal Philharmonic Orchestra will begin performing with artists across different genres, starting with eight principal dancers from the Royal Ballet—also a first. The group of 76 musicians will then perform with Grammy-winning singer Jennifer Hudson and soul and R&B singer Leon Bridges, who are both producing new charts for the occasion, along with country legend Lyle Lovett, who will pay homage to the U.S. with his performance.

The Orchestra will also feature a classical performance of Beethoven's Symphony No. 9, considered one of the most outstanding achievements in the history of music, with the Bach Festival Choir.

The group will end its Orlando residency by joining the world premiere of Duke Ellington's Black, Brown and Beige & Sacred Music, featuring The Jazz Orchestra at Dr. Phillips Center and the Bethune-Cookman University Concert Chorale.

Named after philanthropists Chuck and Margery Pabst Steinmetz, Steinmetz Hall is the third theater that completes the original design. It will be one of the world's most acoustically perfect spaces designed to reach the lowest levels at which humans can detect sound in a modern building. The multi-form venue is also one of the very few theaters in the world that can transform in shape, seating and sound to accommodate a variety of art forms and events.

"When guests come to the arts center 100 years from now, we want them to say there must have been some people involved that were very devoted to the community because this is what they created—and that is what we are most proud of," said Chuck and Margery Pabst Steinmetz, Vice Chairman of the Dr. Phillips Center Board.

The Grand Celebration will extend into the full 2021/2022 season with a new space and programming coming to the arts center, including shows in the comedy, film & family, jazz, classical, dance, country, education, Broadway and commercial series.

Named after Joyce and Judson Green, Judson's is a dynamic, cabaret-style space where guests can enjoy intimate performances and events. Construction on the space, formally known as the Green Room, began in late-September 2021and is expected to open in May 2022.

"This marks the start of a new chapter. We know the arts center is going to bring joy to a lot of people, and we are thankful for everyone involved who made our dream a reality," said Joyce, widow of the late Judson Green and Board Member of the Dr. Phillips Center.

"Despite many challenges caused by the pandemic, the arts are thriving in our community. Orlando's arts scene continues to grow and will be elevated to new heights in 2022 when Steinmetz Hall opens, and the vision for the Dr. Phillips Center for the Performing Arts becomes a reality," said Orlando Mayor Buddy Dyer.  "The arts help connect us as a community and enrich our lives. We should all be proud of how the arts are alive in Orlando," said Orlando Mayor Buddy Dyer.

"Enhancing our culture is a great way to invest in our community," said Orange County Major Jerry Demings. "The performing arts center will contribute significantly to our economy and quality of life."

The arts center opened its doors in November 2014 and began phase 2 of construction three years later in 2017. Since its opening, it has welcomed more than 2.5 million guests across 2,400 performances and shows and has contributed $13.65 million to its mission purpose and community support. In addition, the arts center has received regional and international awards for innovation, operational excellence and its impactful mission. The arts center also operates the AdventHealth School of Arts, impacting more than 633,000 kids and adults through educational programming and development opportunities for up-and-coming talent.

Below is an overview of the Grand Celebration opening week of events. Additional programming will be announced as it is made available.

About Dr. Phillips Center for the Performing Arts

Dr. Phillips Center for the Performing Arts is a private, not-for-profit 501(c)3 organization operating the state-of-the-art performing arts center in downtown Orlando. Located on the north side of the 698,312-square-foot facility across from Orlando City Hall, the new Steinmetz Hall and Joyce and Judson Green Room are joined by the 2,711-seat Walt Disney Theater, an amplified theater and the art center’s largest performance space used for traveling Broadway shows, concerts and events; the 300-seat Alexis & Jim Pugh Theater, an intimate, community theater ideal for plays, music and education; the 3-acre front lawn, including Seneff Arts Plaza, that served as a safe space for the community to gather during the pandemic thanks to the innovative outdoor Frontyard Festival™, supported by AdventHealth; as well as the AdventHealth School of Arts, and DeVos Family Room, a popular space for large events, including weddings, conferences and corporate meetings. Dr. Phillips Center collaborates with the City of Orlando, Orange County, the City of Winter Park, the State of Florida and generous donors.