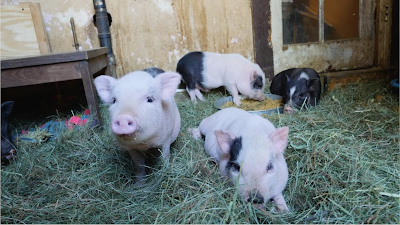 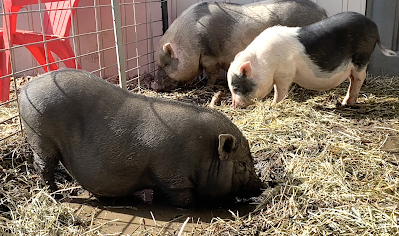 Pet “teacup” pigs are all the rage, with TV celebs bringing them into their homes, wrapping them in blankets and celebrating their arrival… often with the cameras rolling!

The fallout from this thoughtless obsession with “cute” animals is horrific for the animals, who are not toys to be played with and then disposed of. But, this is precisely what’s happening to pigs across the country.

Pig Little Lies is a groundbreaking TV series that is exposing the lie of “teacup” pigs. There is no such thing. But, because of greed and misinformation, the public is mostly unaware that this is a scam. Now, thousands of pigs are being abandoned when they grow too big. Shelters and non-profit rescue organizations are being overrun. All because scammers are selling baby piglets disguised as full-grown “teacup” pigs. PIG LITTLE LIES:

UnchainedTV created the world’s first reality TV series starring pigs to educate the public about this racket. The show’s goal is not to preach but merely to give viewers the tools to make an informed decision.

Dante and Beatrice are a bonded pair of potbellied pigs who were dumped at a high-kill shelter in Southern California. After being rescued by animal-loving country singer Simone Reyes, the pigs end up on the property of Cindy Brady, an LA-based wildlife rehabber. When it turns out that Beatrice is pregnant and gives birth to a baker’s dozen of piglets, it brings home the point: when you get a pig, be ready for anything.

How does it all turn out? You can binge watch all 5 episodes on UnchainedTV, a global, non-profit, free, streaming TV network. Says UnchainedTV President Jane Velez-Mitchell, a New York Times best-selling author and award-winning journalist, “We used a fun approach to send a serious message. This scam is happening all over America. We rescued one pig family but saw other abandoned pigs coming into shelters as we were filming. It was heartbreaking. We can’t rescue them all. But, we can urge the public not to fall for it.”

Pig Little Lies features Teri Crutchfield, founder of Saving Animals and Healing Hearts, who also appeared with one of her rescued potbellied pigs on the Netflix series Pet Stars. Crutchfield says, “We get easily get 5-10 calls a week from people who have so-called miniature pigs and are trying to dump them because they’re too big. And, these pigs are pouring into shelters. It’s a tragedy that could be avoided if we just stopped breeding them for profit.” Some of these pigs can grow to more than 200 pounds. Even the smallest breed on record, a rare breed, features pigs that are 60 pounds. All are way too big for a teacup.

UnchainedTV is available to download for free via App stores on iPhone and Android phones. It can be watched on television via Amazon Fire Stick, Apple TV device, Roku device or via Samsung and LG Smart TVs. The network can also be watched online via UnchainedTV.com. 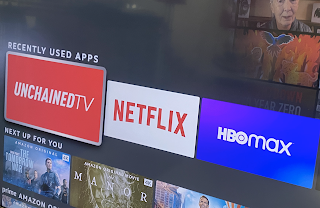