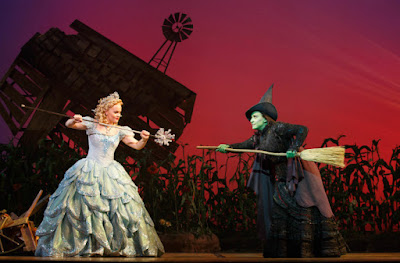 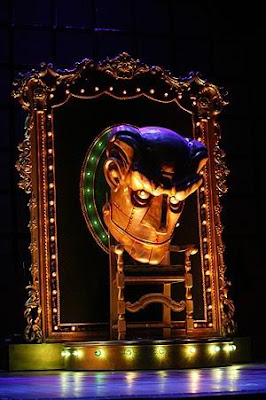 Performances begin tomorrow, Wednesday, January 11, 2017
at Dr. Phillips Center for the Performing Arts
A day-of-performance lottery for a limited number of orchestra seats will be held for

Wicked, which is returning to Orlando with performances from January 11 – 29, 2017 in the Walt Disney Theater at Dr. Phillips Center. Two and one-half hours prior to each performance, people who present themselves at the Dr. Phillips Center Box Office will have their names placed in a lottery drum; 30 minutes later, names will be drawn for a limited number of orchestra seats at $25 each, cash only. This lottery is available only in-person at the box office, with a limit of two tickets per person. Lottery participants must have a valid photo I.D. when submitting their entry form and, if chosen, when purchasing tickets.

The surprising tale of an unlikely friendship between two women in the Land of Oz, Wicked tells the untold story of the Wicked Witch of the West and Glinda the Good, long before Dorothy drops in. Elphaba, born with emerald-green skin, is smart, fiery and misunderstood. Glinda is beautiful, ambitious and very popular.  The remarkable odyssey of how these unexpected friends changed each other’s lives for good has made Wicked one of the world’s most popular musicals.

Based on the best-selling 1995 novel by Gregory Maguire, Wicked is the winner of over 100 international major awards, including a Grammy® and three Tony® Awards.

With music and lyrics by Stephen Schwartz (Pippin, Godspell, Academy Award®-winner for “Pocahontas” and “The Prince of Egypt” and book by Winnie Holzman (“My So Called Life,” “Once And Again” and “thirtysomething”), Wicked is directed by two-time Tony® Award winner Joe Mantello (Take Me Out, Love! Valour! Compassion!, The Vagina Monologues) and features musical staging by Tony® Award winner Wayne Cilento (Aida, The Who’s Tommy, How To Succeed…).

Wicked has been declared “a cultural phenomenon” by Variety and “the best musical of the decade” by Entertainment Weekly.  Wicked has been performed in over 100 cities in 14 countries around the world (U.S., Canada, United Kingdom, Ireland, Japan, Germany, Holland, Australia, New Zealand, Singapore, South Korea, The Philippines, Mexico and Brazil) and has thus far been translated into six languages: Japanese, German, Dutch, Spanish, Korean and Portuguese.