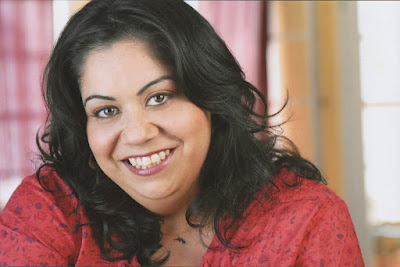 Carla Jimenez is familiar to FOX viewers from her recurring role as “Rosa” on the comedy “Raising Hope.” Her additional television credits include recurring roles on the comedies “Last Man Standing,” “Growing Up Fisher,” “Better Off Ted” and “Desperate Housewives,” as well as guest-starring roles on BONES, “The Mindy Project,” “My Name Is Earl” and “Little Britain USA.”
Jimenez has appeared in the feature films “Nacho Libre,” “Lady in the Water,” “Accepted” and “Miss March,” as well as in the independent cult film “My Life with Morrissey.” She also stars in the recently released “Pup Star.”
Originally from Simi Valley, CA, Jimenez has a great love for animals, and she personally supports animal adoption from high-kill shelters with ClearTheShelters.com.

THE MICK
(2017) THE MICK The Mick is a no-holds-barred single-camera comedy that gives new meaning to the phrase “dysfunctional family.”
MACKENZIE aka “MICKEY” (Kaitlin Olson, “It’s Always Sunny in Philadelphia”) is a brash, two-bit hustler from Rhode Island who has spent her entire life shirking any semblance of responsibility. Her lack of drive is complemented by a constant search for the next easy payday. But Mickey is not without her charms. She’s smart, she’s fun, and despite all appearances, her head’s always in the game. She just needs a big win.
That win kinda, sorta comes true when, looking for a handout, Mickey visits her estranged sister and billionaire brother-in-law in Greenwich, CT, but gets more than she bargained for, as this absurdly rich couple flees the country to escape federal fraud charges. In a surprising turn of events, Mickey must assume guardianship of their three high-maintenance and ill-parented children: SABRINA (Sofia Black D’Elia, “The Messengers,” “Gossip Girl”), an ambitious, 18-going-on-30-year-old who is a worthy adversary to Mickey; CHIP (Thomas Barbusca, “The New Normal,” “Grey’s Anatomy”), 13, an arrogant, entitled neo-con-in-the-making with an extremely punchable face; and BEN (newcomer Jack Stanton), seven, an adorably fragile nerd.

The life that Mickey has wanted for so long now is within her reach – the mansion, the convertible, the swimming pool, the walk-in closet full of designer clothes.
But as Mickey is well aware, nothing in life is free.

The price? Transforming these outrageously spoiled children into honest, hard-working, decent members of society – something this foul-mouthed, debaucherous and completely out-of-her-element woman knows absolutely nothing about. Being a mother was never in Mickey’s game plan, but these kids desperately need a parent. And as irresponsible as Mickey has been her entire life, she may discover that responsibility and motherhood aren’t the buzzkill she always thought they would be.

THE MICK is produced by 20th Century Fox Television. The series was created/written by John Chernin and David Chernin. The Chernin brothers, Nick Frenkel and Oly Obst, along with Randall Einhorn, who directed the pilot episode, are executive producers. Kaitlin Olson is a co-executive producer on the series. “Like” THE MICK on Facebook at facebook.com/TheMick. Follow the series on Twitter @TheMickFOX and join the discussion at #TheMick. See photos and videos on Instagram @TheMickFOX.