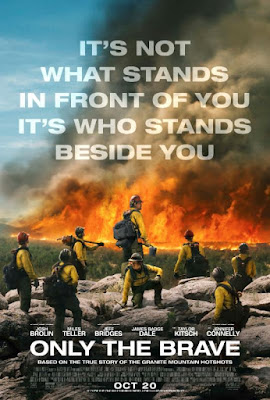 Action/Drama October 20, 2017
It's not what stands in front of you... it's who stands beside you. Only the Brave, based on the true story of the Granite Mountain Hotshots,is the heroic story of one unit of local firefighters that through hope, determination, sacrifice, and the drive to protect families, communities, and our country become one of the most elite firefighting teams in the nation.  As most of us run from danger, they run toward it - they watch over our lives, our homes, everything we hold dear, as they forge a unique brotherhood that comes into focus with one fateful fire.