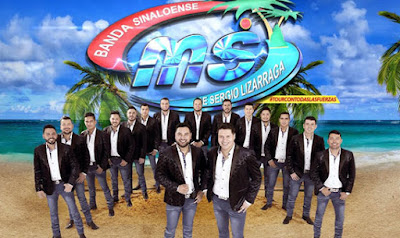 Multi-Billboard Latin Music Award-winning and Mexican regional band, Banda MS, announced they are touring in support of their forthcoming album, “Con Todas Las Fuerzas” (With All Forces). Produced by CMN Events, the band makes its debut appearance at Orlando’s Amway Center on Saturday, November 10. Tickets are on sale now.

Founded in 2003, the band from Mazatlán, Sinaloa (MS stands for Mazatlán, Sinaloa) was created by brothers and members, Sergio and Alberto Lizárraga. With the release of their debut album, “No Podrás” in 2004, Banda MS has released a total of 12 studio albums. Their 2016 album, “Qué Bendición,” reached number one on the Billboard Latin Albums chart and their single, “Solo Con Verte,” reached the top of the charts on both the Hot Latin Songs and Top Mexican Songs charts. Later this month, Banda MS are set to release their latest album, “Con Todas Las Fuerzas.” Their first single, from the album, "Mejor Me Alejo," has garnered rave reviews.