‘The Golden Pod’ Restaurant Will Debut Soon in Orlando 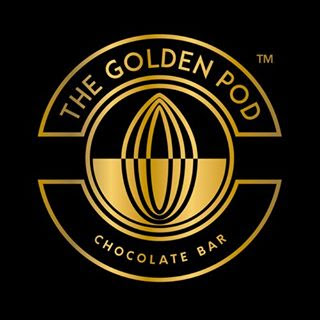 TransMedia Group to Serve Tasty Publicity for ‘The Golden Pod’ Restaurant Debut in Orlando, First of 43 Franchise Locations Planned For the U.S.

From triumphant culinary launches in Australia, India, United Kingdom and other countries around the world, the popular coffee and chocolate-flavored sensation The Golden Pod  has retained TransMedia Group to introduce in Orlando its first restaurant in the U.S.

TransMedia will serve a full course of publicity showing how deliciously The Golden Pod specializes in coffee and chocolate in addition to its extensive menu, full bar and inviting atmosphere.
“Our publicity will introduce The Golden Pod as a uniquely delicious restaurant in the United States whose scrumptious menu will appeal to everyone with an appetite for a quality experience, mouthwatering meals and decadent desserts,” said Tom Madden, CEO of TransMedia Group.

The PR campaign will highlight the success of The Golden Pod in countries worldwide, including Australia, India, China, Pakistan, Oman, Saudi Arabia and the United Kingdom, while publicizing its special appeal to the coffee and chocolate-loving United States market.
The campaign will highlight the restaurant’s successful expansion worldwide culminating in the opening of The Golden Pod’s premiere location in Orlando, followed by 43 franchise openings planned for locations throughout the United States.

Publicity will demonstrate how The Golden Pod surpasses its competition by providing customers with a mouthwatering menu that includes hundreds of exclusive recipes, making it the “go to” spot for a sumptuous meal, combined with tasty treats and special events.

“We retained TransMedia Group based on the international firm’s excellent reputation and extensive experience in publicizing restaurants from New York to Palm Beach,” said Shah Meit of The Golden Pod.

“We will show how The Golden Pod’s extensive menu allows customers to spoil themselves with an enjoyable dining experience from beginning to end with both professional service and quality cuisine in a delightful and comfortable setting,” said Madden who has represented some of the world’s best restaurants.

One thing is for certain, after customers taste the fabulous fare at The Golden Pod, they’ll always want to come back for more, he said.
The Golden Pod provides consumers with an incredible atmosphere to indulge in while enjoying a delicious and memorable menu available for breakfast, lunch and dinner.