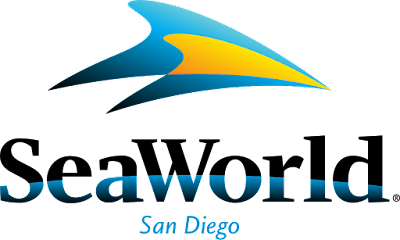 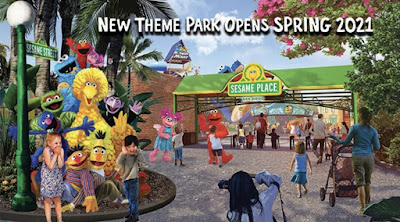 Today in partnership with Sesame Workshop our company made a major announcement:
coming in spring 2021 a NEW Sesame Place theme park will open in San Diego.   Sesame Place San Diego will be the second Sesame Place park in almost 40 years, and the first Sesame Place on the West Coast.

Sesame Place San Diego will feature all the fun, laughter, and learning of Sesame Street® in a highly immersive way, with exciting family rides, water slides, live character shows, parades and interactive experiences that will extend the laughter and learning of Sesame Street. The original Sesame Place, currently the only U.S. theme park based entirely on the iconic children’s program, opened outside Philadelphia in July 1980 and has been a premier destination for families countrywide for nearly four decades.

Sesame Street is celebrating its 50th anniversary this year, and this exciting announcement is a major part of its year-long celebration, in addition to the opening of Sesame Street Land™ here in Orlando, a brand new land with six themed rides, over 30 innovative and educational ways to play, and the park’s first ever parade. The opening of this new, stand-alone  Sesame Place park is an exciting  continuation of our strong partnership with Sesame Workshop.

We are proud to be opening Sesame Place San Diego as a Certified Autism Center (CAC), mirroring Sesame Place Philadelphia which was the first theme park in the world to achieve this designation, and thrilled to be able to grow the presence of Sesame Place theme parks in the United States.