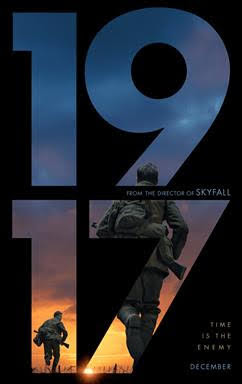 One Shot Short Film Contest
NBCUniversal and Ideas United have partnered to produce a video submission contest targeting emerging filmmakers to promote Universal Pictures’ thrilling new epic, 1917, from Oscar®-winning filmmaker Sam Mendes. Set at the height of World War I, the film follows two British soldiers, in real time, on a seemingly impossible mission, in a race against the clock, to deliver a critical message to the frontlines. Inspired by the style of the movie, filmmakers are challenged to submit a two-minute video filmed in one continuous shot, focused on the theme of delivering an urgent message.


“Ideas United has the unique opportunity to tap into a global network of talented filmmakers and creative thinkers,” said David Roemer, co-founder and CEO, Ideas United. “By partnering with Universal Pictures, we are able to challenge the next generation of creators with a once-in-a-lifetime opportunity that will help them showcase their talents and give them a chance to meet some of the filmmakers and cast of 1917.”

Ideas United will manage the open call for emerging storytellers through its Campus Movie Fest participants and its global network of filmmakers, producers, and writers. To be considered, each participant must be 18 years or older and a U.S. resident. Contestants will have until December 2, 2019, to upload their two-minute video to Instagram, Facebook or YouTube using the hashtag, “#1917oneshotchallenge” and then upload the public link to 1917oneshotchallenge.com .
Ideas United will narrow submissions to the finalists, and 1917 filmmakers will select the ultimate winner. The winner and a guest will be flown to Los Angeles to attend the 1917 premiere on December 18, 2019.
For more information and official rules, visit 1917oneshotchallenge.com .
https://www.instagram.com/p/B4nJYnqg6Qo/
https://www.facebook.com/1917Film/videos/2500328650044761/
https://twitter.com/1917/status/1192871652087828480

About  1917
Sam Mendes , the Oscar ®  - winning director of Skyfall, Spectre  and American Beauty , brings his singular vision to his thrilling new epic,  1917.

At the height of the First World War, two young British soldiers, Schofield ( Captain Fantastic ’s George MacKay) and Blake ( Game of Thrones ’ Dean-Charles Chapman) are given a seemingly impossible mission. In a race against time, they must cross enemy territory and deliver a message that will stop a deadly attack on hundreds of soldiers—Blake’s own brother among them.

The film is produced by Neal Street Productions for DreamWorks Pictures in association with New Republic Pictures. Universal Pictures will release the film domestically in limited release on December 25, 2019 and wide on January 10, 2020. Universal and Amblin Partners will distribute the film internationally, with eOne distributing on behalf of Amblin in the U.K.