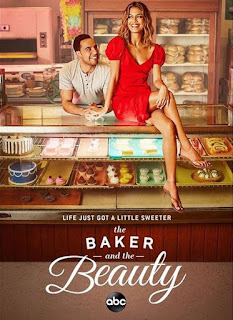 ABC’s upcoming romantic comedy, THE BAKER AND THE BEAUTY, which had its official debut yesterday at TCA and tells the story of the unlikely love of Noah Hamilton (Nathalie Kelley) and Daniel Garcia (Victor Rasuk), who works in the family bakery alongside his loving Cuban family and which will premiere on April 6.
Publicadas por Axel a la/s 7:08:00 p. m.