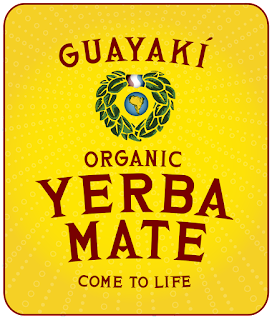 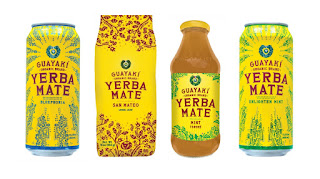 Sebastopol, CA - Guayakí, North America’s leader in yerba mate beverages announced today that Stefan Kozak will be its new CEO, taking over for one of the company’s founders Chris Mann, who will move to its board of directors. Kozak is the former CEO of Red Bull North America. Under his leadership, it grew to become the second-largest non-alcoholic beverage brand in the United States.

“I am thrilled to be joining Guayakí Yerba Mate, a product I love and a company that aligns with my experience, skills, and most importantly, values. Given the state of the planet and Guayakí’s longstanding commitment to sustainability and social good, I can’t imagine a better and more meaningful place to work,” Kozak said. “I look forward to building on the great work the founders and their teams have established over the past 25 years, and lead Guayakí Yerba Mate – its business, ideas, and ideals - into the future. ‘Come to Life’ is not only Guayakí’s mantra, it perfectly describes my feelings while embarking on this new journey.”

For more than 25 years, Guayakí has been a leader in sustainable business practices, powered by its Market Driven Regeneration (™) model, which is centered around developing long-term partnerships with Indigenous communities and small farmers to harvest yerba mate from the rainforest and forested farmland at fair trade prices. Guayakí Yerba Mate purchases fund their economic sovereignty and land stewardship, which prevents further deforestation of critical forests under threat from political and economic forces.

“Stefan brings with him a tremendous amount of experience in growing beverage brands in addition to his steadfast commitment toward social good,” Mann said. “His vision for the future of Guayakí is directly in line with our mission to create a positive global impact. His background speaks for itself as someone who is willing to put it all on the line to do the right thing and we couldn’t be more excited to have that kind of spirit leading our path forward.”

Kozak worked at Red Bull for 16 years where he drove tremendous growth in the company. Prior to working at Red Bull, he was the General Manager of a Coca-Cola bottling operation near Sao Paulo before being promoted to chief operating officer of Brazil’s then largest bottler. Originally an engineer, prior to entering the beverage business he led a small hydropower project in Nepal to fight deforestation in the Himalayas. Together with a small team of Sherpas, he built a power network to bring electricity to this remote area. The operating company he set up, Khumbu Bijuli, is what keeps the lights on and the stoves hot for the locals as well as people trekking to the Mount Everest region to this day.

Guayakí is a proud, founding member of the B Corporation network, which requires the business to consider the impact of their decisions on their workers, customers, suppliers, community, and the environment. Guayakí takes pride in going beyond the highest standards of verifiable social and environmental impact.

Since its founding in 1996, Guayakí Yerba Mate has firmly established itself as the leader in the North American market in the fast-growing yerba mate category. The growth continues, with March 2021 being a record high sales month for the company.

“We are excited for what the future holds for Guayakí and we also understand the great responsibility that comes with growing a global business,” Mann said. “Stefan is the right person at the right time to step in and give Guayakí the boost it needs to expand its reach into more markets. Stefan will work closely with the founders and other board members to ensure we continue to grow sales and market share while staying true to our mission and building upon the strong foundations we created 25 years ago.”

Based in Sebastopol, California, Guayakí [Gwy-uh-key] is a pioneer and leader in the yerba mate category dedicated to restoring the environment and driving social change. Guayakí’s organic, fair-trade certified yerba mate beverages contain a wealth of nutrients and naturally stimulate the mind and body. Guayakí believes in Market Driven Regeneration (™), through which people who purchase Guayakí Yerba Mate beverages drive the regeneration of the rainforest. Guayakí yerba mate has the strength of coffee, the health benefits of tea, and the euphoria of chocolate and its mantra is “Come To Life”.

Products are available at nearly 10,000 retailers nationwide. More information about retail locations and products can be found online at www.Guayaki.com.