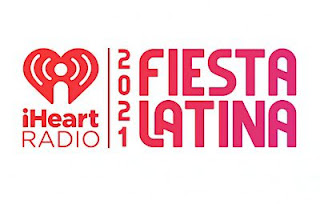 In addition to the amazing performances, Fonsi will be honored with this year’s iHeartRadio Corazón Latino Award presented by Ally, which honors an individual who exemplifies their big heart through their selfless work enhancing their lives, heritage, and future of the Latin community. The five-time Latin Grammy nominee and five-time Latin Grammy winner broke multiple Guinness World Records with his widely-popular song “Despacito,” which topped the charts in 47 countries. Fonsi is also an ambassador of St. Jude Children’s Research Hospital and was heavily involved in recovery efforts after Hurricanes Irma and Maria impacted much of Puerto Rico and Mexico, ultimately inspiring him to create his charitable foundation, the Luis Fonsi Foundation.

“Nothing rivals the energy of live Latin music,” said Santos. “After a wonderful virtual event in 2020, we are excited to return in person at the Amway Center with a truly impressive lineup. We are especially excited to present Luis Fonsi with the iHeartRadio Corazón Latino Award for his dedication to uplifting the Latin community and sharing Latin culture around the world.”

Fans can tune in to watch the 2021 iHeartRadio Fiesta Latina during an exclusive livestream via LiveXLive on LiveXLive.com or on the LiveXLive app. The show will be broadcast on iHeartMedia’s Spanish Mainstream Hits, Tropical, Regional Mexican, Tejano, Hot AC and Oldies radio stations as well as on iHeartRadio.com and the iHeartRadio app.

iHeartRadio is a free audio streaming service with over 200 channels of music, including some of your current favorites such as Virgin Radio, QM-FM, CJAY, CHUM FM, and many more. It’s easy to use and best of all, it’s free. You just download the app then you can pick music to suit your mood, activity, or choose your favorite station. There are endless choices, and you can customize the listening experience to what you want to hear.

Amway Center, owned and operated by the City of Orlando on behalf of the Central Florida community, hosts major national events, concerts, and family shows since its opening in fall 2010. The Orlando Magic served as the developer and the facility was designed to reflect the character of the community, meet the goals of the users and build on the legacy of sports and entertainment in Orlando. The building’s exterior features a modern blend of glass and metal materials, along with ever-changing graphics via a monumental wall along one facade. A 180-foot tall tower serves as a beacon amid the downtown skyline. The 875,000 square foot, Leadership in Energy and Environmental Design (LEED) Gold certified building features a sustainable, environmentally-friendly design and unmatched technology, including 1,100 digital monitors, the tallest high-definition video board in an NBA venue and multiple premium amenities available to all patrons in the building. Amway Center was recently honored with the International Association of Venue Managers' 2017 Venue Excellence Award, which is bestowed upon facilities that excel in the management and operation of public assembly venues. Amway Center was the only arena to garner this distinction. Additionally, the arena has earned numerous awards, which most notably includes TheStadiumBusiness Awards’ 2013 Customer Experience Award and was named SportsBusiness Journal's 2012 Sports Facility of the Year. For more information about the Amway Center, visit AmwayCenter.com.