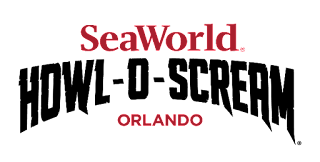 WHAT: SeaWorld Orlando announced the second house and other amazing details today!

Howl-O-Scream joins the park’s already impressive fall line-up of events including the return of family-friendly Halloween Spooktacular, included with park admission, which boasts daytime trick or treating for kids of all ages.  Spooky fun for the entire family with Spooktacular during the day and terrifying thrills by night with the launch of Howl-O-Scream make SeaWorld Orlando the place to be this Halloween season.

WHEN:  Howl-O-Scream takes place select nights Friday, September 10 through Sunday, October 31 from 7 p.m. to as late as 2 a.m.

DETAILS: The Park unveiled several themed Howl-O-Scream elements today along with their descriptions, with MANY MORE DETAILS TO COME:

New Haunted House—Captain’s Revenge: A tempting and terrifying force has possessed those who once labored aboard this vessel. Against every warning, you descend into its dank underbelly in search of the captain who swore revenge on you. What grisly horror lurks around the next dimly lit corner? Creaks and groans fill the musty air. You’re surrounded by what remains of the ill-fated crew. It’s time to find a way out…before they find permanent quarters for you.

This is it…the site of that horrific shipwreck. Those marauding pirates were too arrogant to see their downfall coming, and now they’re doomed to wander through a sea of gruesome reminders. Their souls are restless, and their anger is real. They’ll never stop seeking revenge on those who’ve escaped their ghostly fate. Steer clear—if you can.

When pirates pull into port, this be the tavern where they warm their bellies with rum. Take a break from the monsters and squalls, plant your weary hides, and join the merriment. In here, you might discover that an old SeaWorld treasure has been (partially) resurrected. They’re the Longshoremen, and they’ve been dying to entertain you again.

Howl-O-Scream is a separate ticketed event.  Guests who hurry and act now can save up to 65% during the Monster Sale, featuring single-day tickets starting at just $31.99 OR purchase the any-night flexible-date tickets, allowing guest to brave one visit to Howl-O-Scream on ANY event night September 10 through October 31, (limited quantity available only through Aug. 8!).

The park’s daytime Halloween Spooktacular is included with park admission.

Howl-O-Scream is intended for a mature audience. This event contains intense adult content such as violence, gore, and blood. Howl-O-Scream 2021 is a separately ticketed night event. No costumes are allowed.

SeaWorld Entertainment, Inc. (NYSE: SEAS) is a leading theme park and entertainment company providing experiences that matter, and inspiring guests to protect animals and the wild wonders of our world. The Company is one of the world’s foremost zoological organizations and a global leader in animal welfare, training, husbandry and veterinary care. The Company collectively cares for one of the largest zoological collections in the world and has helped lead advances in the care of animals. The Company also rescues and rehabilitates marine and terrestrial animals that are ill, injured, orphaned or abandoned, with the goal of returning them to the wild. The SeaWorld® rescue team has helped more than 38,000 animals in need over the Company’s history.  SeaWorld Entertainment, Inc. owns or licenses a portfolio of recognized brands including SeaWorld®, Busch Gardens®, Aquatica®, Sesame Place® and Sea Rescue®. Over its more than 60-year history, the Company has built a diversified portfolio of 12 destination and regional theme parks that are grouped in key markets across the United States, many of which showcase its one-of-a-kind zoological collection. The Company’s theme parks feature a diverse array of rides, shows and other attractions with broad demographic appeal which deliver memorable experiences and a strong value proposition for its guests.