'One of Us,' a Documentary Series, Highlights a Day in the Life of Nine Inspiring Italian Women for International Women's Day 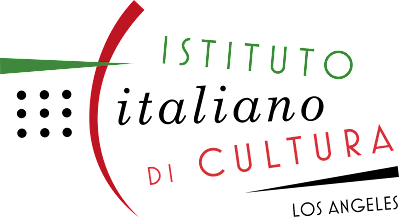 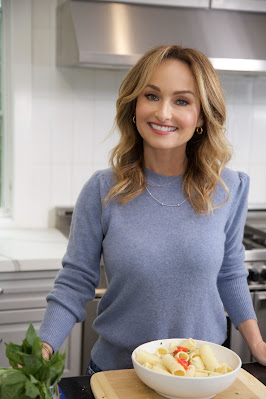 'One of Us,' a Documentary Series, Highlights a Day in the Life of Nine Inspiring Italian Women for International Women's Day

Presented by the Embassy of Italy to the U.S., the Consulate General of Italy, and Frequency Productions

LOS ANGELES, March 01, 2022-- In honor of International Women's Day 2022, the Embassy of Italy to the United States and the Consulate General of Italy in Los Angeles are coming together with The Italian Cultural Institutes in Washington, D.C., and Los Angeles, and director/producer Chiara Tilesi of Frequency Productions, alongside We Do It Together, to present two short documentaries titled One of Us. One film focuses on the East Coast and the other on West Coast-based notable women.

One of Us tells the stories of the unique journey of extraordinary Italian women who distinguished themselves for achievements in different fields such as cinema, STEM, publishing, finance, the arts, philanthropy, diplomacy, and science, among others. The episodes will take viewers into the life of each of these fascinating women, touching on their background and personal stories that shaped them into the people they are today.

The successful series kicked off in Los Angeles in 2021, with the first season dedicated to talented Italian women on the West Coast. This series aims to create awareness of the discrimination women face every day. One of Us intends to encourage all women worldwide to challenge gender bias, discrimination, and stereotypes to overcome any barriers they face to conquer their dreams.

The five women featured in One of Us - East Coast are Isabella Rossellini, actress, author, philanthropist, and model; Natalia Bergamaschi, Strategic Partner Lead - Global Publishing Partners at Google; Cecilia Alemani, chief curator and artistic director of Venice Biennale; Cristina Cassetti, scientist; Mariangela Zappia, Ambassador of Italy to the United States. The East Coast-focused episode will premiere on March 8, organized at the Embassy of Italy in Washington. It will also be screened on the Embassy of Italy's YouTube Channel: https://www.youtube.com/user/italianembassy.

The West Coast episode is sponsored by the Consulate General of Italy, Eataly, Aya Muse, and TaTaTu. People can tune in to this episode on TaTaTu's social media platform in the Cinema section. By viewing on TaTaTu, people will earn TTU Coins, which are rewards points because TaTaTu has created the sharing economy of data and rewards users for their time engaging on social media. It will also be screened on the Consulate General YouTube Channel: https://www.youtube.com/user/ConsLosAngeles.

"I feel a responsibility to take the cause of gender equality forward, as a model and as a mentor. Directed by the talented Chiara Tilesi, 'One of Us' shows a series of women in all sectors as role models for younger generations, both men and women. It aims at inspiring and encouraging them to overcome obstacles and pursue their aspirations. All the women portrayed in 'One of Us' show that gender parity is not only possible, but it is at reach, with determination and dedication. This message is even timelier after the pandemic, which had a terrible impact on women — who are typically primary caregivers. Encouraging an even larger female participation in the workforce is not just equitable. It is also a key tool to add incredible resources and talents to our economies and our communities when they need them most," said Ambassador of Italy to the United States Mariangela Zappia.

"The huge success of last's year edition led us to replicate the project with new talents to continue to highlight our country's excellence in every field and to present an innovative story around powerful female protagonists that can serve as an example and inspiration for all," said Consul General of Italy in Los Angeles Silvia Chiave.

Furthermore, this special initiative will be driving awareness around We Do It Together — a nonprofit film production company created to produce films, documentaries, TV, and other forms of media uniquely dedicated to the empowerment of women. www.wedoittogether.org

"I'm very happy that, after the success of 'One Of Us' from last year, the project has extended to include Washington, D.C., and New York. Seeing the stories of these extraordinary women reminds us how important it is to change the narrative about women from an object to a subject. There's nothing wrong with women; the problem is with the way women are represented in media. With 'One Of Us,' we want to continue telling more stories about women each year and continue the shifting of the paradigm," said director Chiara Tilesi.

All the women featured have continued to break the glass ceiling towards equality in their male-dominated fields and this project hopes to inspire women of all ages around the world to take risks and not let gender norms stop them from achieving their dreams.

"One Of Us" East and West Coast is produced by Debora Guetta and Chiara Tilesi.

About Frequency Production
Frequency Production was founded by Chiara Tilesi in 2018 with the purpose of focusing on Social Impact Productions. With the predominant interest of Frequency Production still being that of creating entertaining and profitable content, the company works within the ecosystem of commercial film production and distribution while specializing in impact-oriented content — applying it to campaigns, documentaries, shorts, advertising, feature films, animation, and emerging forms. www.frequencyproduction.com

About WE DO IT TOGETHER
WE DO IT TOGETHER (WDIT) is a 501(c)3 nonprofit film production company created to produce films, documentaries, TV, and other forms of media dedicated to the empowerment of women. With a mission to create gender parity in society, WE DO IT TOGETHER provides women in entertainment a slate to be creatively recognized and strives to change perceptions of female stereotypes within a male-dominated industry. Starting with the images we present, we believe we can create a movement — with women and men — that can eradicate the marginalization of women worldwide. Our goal is to create content by women, about women, but for everyone. To learn more, visit www.wedoittogether.org.