With Episodes Available the Next Day on Hulu 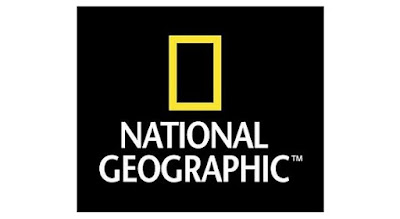 THE BLACK MARKET IS CLOSER THAN YOU THINK…

NATIONAL GEOGRAPHIC VENTURES DEEP INTO THE UNDERWORLD WITH THIRD SEASON

A recipient of the prestigious George Foster Peabody Award and the duPont Award, Mariana has made it her life mission to explore the inner workings of the global underworld’s most dangerous, illegitimate markets. In each episode, she infiltrates a different trafficking network to investigate the reasons behind the illegal trade of black market organs, LSD, ghost guns, cyber pirates, MDMA, gangs, terrorist oil, crypto scams, fight clubs and black market babies. She meets with both the traffickers and the victims to better understand the world’s growing multitrillion-dollar shadow economy.

This season, Mariana’s investigations are shaped more than ever by the political, economic and social global landscape as she travels to Ukraine, where the war with Russia has upended the surrogacy industry; embeds herself within a ring of crypto scammers, right on the cusp of an industry crash; and exposes how 3D-printed ghost guns are being funneled into dangerous hands. Afforded National Geographic’s trademark inside access, Mariana’s plights take her thousands of miles across the globe, from Nigeria to Thailand and Belize, eventually bringing her closer than ever to home. Viewers are given a 360-degree view of the trafficking world from the perspective of the smugglers, law enforcement and those caught in the crossfires.

“Almost half of the world’s economy is dominated by black and gray markets. This shadow economy has an impact on every single one of us. And yet, we know very little about this dark and secretive side of the world,” says Mariana. “With TRAFFICKED, we’re trying to change that. And in this season, the stories and issues we investigate feel even more relevant and urgent than ever before.”

Episodes Include the following:

Around the world, hundreds of people die every day for lack of available organs. That statistic has fueled a shady underworld of transplant tourism, a trade that connects desperate patients from the world’s wealthiest countries with desperate donors facing their own brutal realities. It’s a global trade worth roughly 1.5 billion dollars. But how exactly does it work?

LSD is making a comeback because of the growing faith in its healing power. Underground therapy is booming as the drug is used to treat abuse, depression and traumas of all kinds. And yet, LSD remains 100 percent illegal, which is why the handful of chemists responsible for the world’s supply protect a deeply guarded secret. Van Zeller is on a mission to locate a chemist and understand the secrets kept by the community.

Ghost guns are quickly becoming the weapon of choice for criminal organizations nationwide. Built from kits that anyone can buy online without a background check, these ghost guns lack serial numbers, rendering them untraceable. Van Zeller sets out to expose how a largely unregulated industry has blossomed into a bustling underground market that funnels weapons into very dangerous hands.

Van Zeller embarks on a 3,000-mile journey from Africa to the Middle East to uncover the ways in which illicit oil is fueling terrorist groups around the globe. Her investigation delves into how “black gold” is stolen, smuggled and is finding its way into the hands of America’s most dangerous enemies.

An alarming message from her son’s middle school about MDMA sparks van Zeller into high gear. She traces the supply chain of “the love drug” within the Los Angeles clubs back to its booming epicenter in the Netherlands, where a mob-infested underworld has recently murdered a well-known journalist. Is it possible that MDMA consumption in the U.S. is helping to turn the Netherlands into a narco-state?

Ukraine was the epicenter of the billion-dollar global surrogacy business until its war with Russia upended the controversial industry. Now, nearly a year after the Russian invasion of Ukraine, other countries are stepping in to fill the void. But that’s not necessarily a good thing. In this episode, van Zeller investigates how the dream of starting a family incites a burgeoning babies-for-cash underworld market.

Cyber crimes like credit card scams, identity theft and ransomware are among the fastest-growing shadow economies in the U.S., making data a more valuable commodity than even gold, guns and drugs. In this episode, van Zeller explores how our personal and financial information is stolen, sold and distributed by a dark network of hackers and thieves with the goal of exposing a system of global proportions.

Violent crime is soaring in Los Angeles to levels not seen in 30 years. To understand the realities and the rivalries feeding this gruesome trend, van Zeller spends time with two of America’s most notorious street gangs — the Bloods and the Crips. Surprisingly, her journey leads her from some of LA’s roughest neighborhoods to the tiny Central American country of Belize.

Cryptocurrencies have gone mainstream, minting billionaires around the globe. But this get-rich-quick fever, paired with a lack of government oversight and regulation, has created the perfect opportunity for scammers. In this episode, van Zeller embeds within a crew of crypto “rug-pull” scammers, who show her how they make millions of dollars in mere weeks.

Van Zeller probes the growing popularity of bare-knuckle fighting. On a journey that takes her from the blood-shedding mecca of Thailand to underground fights throughout the U.S., she explores the allure of these violent, sanguine bouts and how they’re inflaming a larger push to bring bare-knuckle fighting to the mainstream.