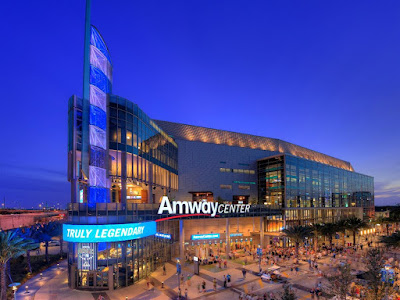 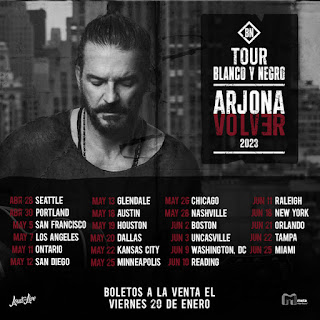 AN EXTENSION OF HIS HIGHLY-POPULAR BLANCO Y NEGRO TOUR

“Loud And Live had the honor of producing Ricardo’s Blanco y Negro Tour last year with 35 shows in the U.S. and Ecuador, making it one of the most popular tours of all time,” said Loud And Live CEO and Founder Nelson Albareda. “This year, we are deeply proud to reunite him with his fans.”

After reaching an audience of more than three million people with “Hecho A La Antigua,” the most-viewed streaming concert in the history of music in Latin America and Spain, Arjona set a precedent with Blanco Y Negro, as it has been considered the artist's most daring production. It is a breath of fresh air from an established singer-songwriter who is constantly reinventing himself and Arjona, who typically does not repeat cities on a tour, is ready for Blanco Y Negro: Volver.

About Loud And Live

An entertainment, marketing, media & live events company, Loud And Live performs at the intersection of music, sports, lifestyle and content development. Headquartered in Miami with additional offices in San Francisco, Puerto Rico, Mexico and Spain, Loud And Live is driven by its passion to create engaging experiences for global audiences.

Amway Center, owned and operated by the City of Orlando on behalf of the Central Florida community, hosts major national events, concerts and family shows since its opening in fall 2010. The Orlando Magic served as the developer and the facility was designed to reflect the character of the community, meet the goals of the users and build on the legacy of sports and entertainment in Orlando. The building’s exterior features a modern blend of glass and metal materials, along with ever-changing graphics via a monumental wall along one facade. A 180-foot tall tower serves as a beacon amid the downtown skyline. The 875,000 square foot, Leadership in Energy and Environmental Design (LEED) Gold certified building features a sustainable, environmentally-friendly design and unmatched technology, including 1,100 digital monitors, the tallest high-definition video board in an NBA venue and multiple premium amenities available to all patrons in the building. Amway Center was recently honored with the International Association of Venue Managers' 2017 Venue Excellence Award, which is bestowed upon facilities that excel in the management and operation of public assembly venues. Amway Center was the only arena to garner this distinction. Additionally, the arena has earned numerous awards, which most notably includes TheStadiumBusiness Awards’ 2013 Customer Experience Award and was named SportsBusiness Journal's 2012 Sports Facility of the Year. For more information about the Amway Center, visit AmwayCenter.com.