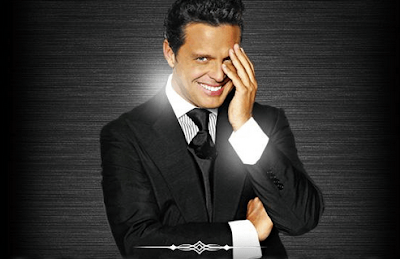 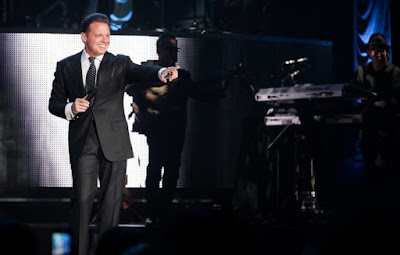 Grammy Award-winning Luis Miguel returns to Orlando with his Déjà Vu Tour on Thursday, December 10 for one night only. Tickets to Miguel, one of Latin America’s most successful musical artists, are on sale to the general public now.

With a career spanning 30 years, Miguel is a five-time Grammy Award-winner, four-time Latin Grammy Award-winner and has sold over 100 million records worldwide. At the age of 14, he won his first Grammy for his duet, “Me Gustas Tal Como Eres,” with Sheena Easton.

Miguel is one of Latin America’s most revered artists and is recognized as one of the most influential contemporary artists of his time. Often referred to as “El Sol de México” (The sun of Mexico), he seamlessly performs a wide range of musical styles, including pop, ballads, boleros and mariachi. He was the first Latino artist to produce two Spanish-language albums in the United States to go platinum, “Romance” and “Segundo Romance.” Miguel later earned his third Grammy Award for Best Latin Male singer with “Segundo Romance.”

On April 14, 2014 during the 25th Billboard Latin Music Awards, Miguel was honored with the Tour of the Year Award, after he completed his two-year run performing over 220 sold-out shows.


TICKETS: $65.50, $85.50, $125 & $175. Buy tickets at amwaycenter.com, Chase Box Office at Amway Center, Ticketmaster retail locations, charge-by-phone at 800.745.3000 or at Ticketmaster.com.  All dates, act(s) and ticket prices are subject to change without notice.  All tickets are subject to applicable taxes, service, handling and facility fee charges.  For Amway Center box office and ticket information, visit amwaycenter.com (phone purchases are not available through the Amway Center box office).  The Amway Center is located at 400 West Church Street and the box office is located on the north side of the Amway Center, near the intersection of Church Street and Hughey Avenue.
Publicadas por Axel a la/s 12:41:00 p. m.