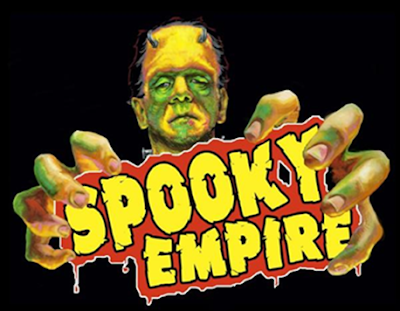 ZOMBIES, GHOSTS AND A HORDE OF GOULISH GUESTS TO GATHER AT THE HYATT REGENCY ORLANDO FOR THE ULTIMATE HALLOWEEN WEEKEND
Spooky Empire Returns Oct. 30 – Nov. 1

Spooky Empire, one of the largest, horror and Halloween fan events in the country will gather at the Hyatt Regency Orlando, Oct. 30 – Nov. 1 for three days of fan-frenzy interaction with a host of horror movie and TV stars, vendors, artists, and costumed characters at the area’s most franken-tastic event ever to descend onto International Drive.

Making their first appearance at the Hyatt Regency Orlando on International Drive, the event, thirteen years in the making, will include a wide variety of family-friendly events including hair-raising ghost stories, trick ‘r treating and face-to-face animal encounters in the Kids Zone, adult costume contests, live music, hundreds of Halloween-themed vendors, an award winning film festival, world-renowned tattoo artists, countless panels and seminars, a shadow cast performance of the Rocky Horror Picture Show with the stars of the film, and the world famous Zombie Walk featuring the largest gathering of zombies to creep through Central Florida.
Spooky Empire has lured an impressive cast of disturbingly delightful heroes & villains for guests to feast on including Lisa & Louise Burns, from The Shining, Neve Campbell and Skeet Ulrich, stars of Scream, George Romero, the master mind behind many of the classics including Dawn of the Dead, Creepshow, Night of the Living Dead, Malcolm McDowell, star of A Clockwork Orange and many others.

Make your reservations now as the haunted halls of the Hyatt Regency Orlando are filling fast!  For reservations call (407) 284-1234 and mention “Spooky Empire” for the annual blood donors special.  The property features plenty of broom parking with rates starting at just $10 per day.
WHERE:          Hyatt Regency Orlando 9801 International Drive, Orlando, Florida 32819
http://orlando.regency.hyatt.com/en/hotel/home.html

For a complete event schedule and to pre-purchase tickets for the event visit www.spookyempire.com or call (954) 258-7852 to reach the Spooky Empire hotline.
Publicadas por Axel a la/s 6:47:00 a. m.