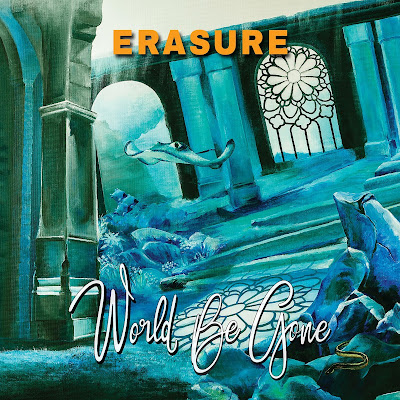 Dr. Phillips Center for the Performing Arts and Live Nation announce Erasure, World Be Gone Tour, coming to the Walt Disney Theater on Sunday, July 8, 2018 at 8 p.m. Tickets go on sale to the general public Friday, January 26, 2018 at 10 a.m. Tickets start at $34.50 and may be purchased online at drphillipscenter.org, by calling 844.513.2014 or by visiting the Dr. Phillips Center Box Office at 445 S. Magnolia Avenue, Orlando, FL 32801 between 10 a.m. and 4 p.m. Monday through Friday, or 12 p.m. and 4 p.m. Saturday. Online and phone ticket purchases are subject to handling fees.

About Erasure World Be Gone Tour
ERASURE (Andy Bell and Vince Clarke) have announced a collaboration with Echo Collective, the Brussels-based collective of post-classical musicians best known for their ongoing collaborative work with A Winged Victory for the Sullen, Johann Johannsson, Dustin O’Halloran and Stars of the Lid.

Watch a short film filmed during the recording sessions at Jet Studio in Brussels here.

The album was produced by Echo Collective, mixed by Gareth Jones and arranged by Echo Collective’s Gary De Cart, Margaret Hermant and Neil Leiter. Neil Leiter from Echo Collective explains, “The process of this project was really deconstruction and re-purposing. We started by listening to each track layer by layer, and then, using the layers that inspired us or we found essential, we reconstructed the tracks instrumentally. Each of the instruments in the band setup were chosen for their inherent capacities and roles. Often choosing which layer to put with each instrument was a question of matching roles and colors. By stripping so much away, we were able to find a new space for Andy to fill. The text of the songs became much more important in the overall construction of the songs, and Andy was free to explore more dynamics and vocal range.”