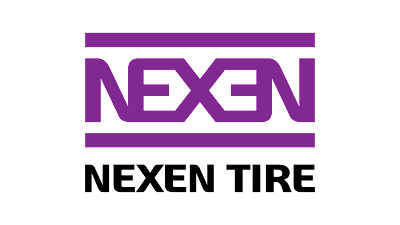 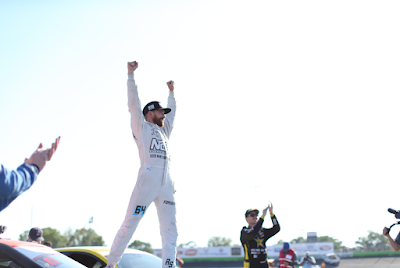 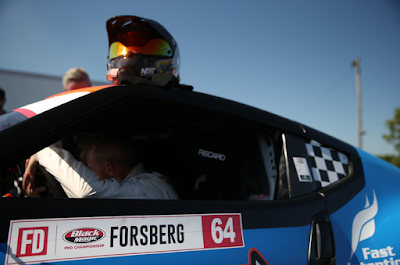 “Going against last year’s champion was a challenge, but Forsberg knew his Nexen Tire N’Fera SUR4G would give him the edge,” said Paul Jho, motorsport senior manager at Nexen Tire Motorsports. “The N’Fera SUR4G’s proved to provide superior performance and durability with another Formula Drift victory. The Nexen Racing team is ecstatic to bring home a back-to-back victory in 2018, with Forsberg and Fredric Aasbo placing in the top three this weekend.”

While driving to victory, Forsberg enjoyed an edge with his Nexen N’Fera SURG4 considering many drivers using other tires struggled to finish two laps on the track. The Nexen tires proved to have the best performance and durability of all tires at the event in Orlando. The win proved even more satisfying since Forsberg had to overcome adversity with a last-minute engine swap following qualifying on Friday.

The Nexen Racing team performed exceptionally well at this weekend’s event, with four drivers moving on to the great eight, three of whom moved past their opponents to the top four. Aasbo was the top qualifier with a 99-point run on Friday, securing an overall third place finish – his third consecutive podium in Orlando – in his Rockstar Energy Drink / Nexen Tire Toyota Corolla hatchback. He leads the Driver Championship. Ryan Tuerck finished just behind Aasbo, taking fourth place in his Gumout / Nexen Tire Toyota 86. Jhonnattan Castro finished in eighth place, driving his Toyota 86 in a battle against Forsberg.

Nexen launched the Extreme UHP N’Fera SUR4G tire in 2017, and the street-legal racing tire immediately took the motorsports industry by storm. Meticulously engineered for superior performance in Formula DRIFT, SCCA and time trials, the SUR4G delivers optimal grip and response, with minimal performance drop under extreme conditions. Several Formula DRIFT Pro 1 series drivers are sporting the SUR4G tires this season as part of a co-sponsorship with the series. The SUR4G is also serving as the semi-exclusive, preferred tire for the Formula DRIFT Pro 2 Series.

The Formula DRIFT season continues on May 11-12 with Round 3: Road to the Championship.

Find out more about how Nexen has your back at nexentireusa.com – and join us on Facebook, Instagram and Twitter. #WeGotYou #NexenTire #NexenRacing
Publicadas por Axel a la/s 8:44:00 a. m.