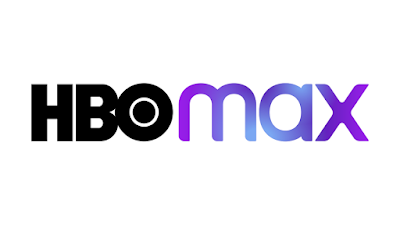 ABOUT:
The series was created by Stage 13 and Magical Elves to show couples going from finding their match virtually to real life. With the enormous popularity of multiplayer games, people around the world are linking online like never before. Games like World of Warcraft, League of Legends, and Elders Scrolls are connecting people online, and some are even falling in love…behind their avatars. Follow three young couples that meet online through their avatars. From long-distance lovers meeting IRL (in real life) for the first time to happy couples who are faced with the next stage of their relationship, viewers will see how they all play the game called love. As in gaming, some move to the next level of their relationship and see if these n00bs' (newbies) love connection can survive the virtual and real world.

Amadeus Balmaceda and Karoline Rodriguez
Amadeus and Karoline met playing Elder Scrolls Online. They immediately bonded over their Latin heritage and began a virtual relationship. Amadeus considers leveling up on their relationship and traveling from Texas to Connecticut to finally meet Karoline in person. Even if making that trip confirms their feelings, the couple must face the challenge of a long-distance relationship. Will Amadeus move to Connecticut for Karoline, or will their love buckle under the many miles that separate them?

Chelsea Caldwell and Jake Norton
Jake and Chelsea met playing World of Warcraft. After an initial dislike of each other, they bonded during an all-night raid that left the two of them talking constantly. After months of constant communication, they officially became a couple…before ever meeting in person. Then after living together in California for two years, Jake's job takes him to Kansas, and Chelsea decides to join him. Faced with adjusting in Kansas, Jake finds himself content with his virtual friends while Chelsea is homesick and wants to make friends IRL. Despite their social life, both know they want to be together forever, but is Chelsea more ready for marriage than Jake?

Nick Theurer and Tony (Anthony) Bernardo
Nick and Tony met at a League of Legends gaming tournament. For Nick, it was love at first sight. He forced their teams to play against one another and ultimately won a date with a reluctant Tony, who thought Nick was straight! Nick wants to ask Tony to move in with him, but Tony is still hesitant about trusting Nick. Will Tony’s insecurities push Nick away, or will he be able to commit and truly fall in love?

“Happily Ever Avatar” was produced by Stage 13 with Magical Elves for HBO Max.

"We wanted to show the union of gaming and love, and the notion that we live in and with technology and people find each other in different ways. One is through the world of gaming by using avatars to showcase their personality. It's a different way of showing love," said Shari Scorca, VP, Unscripted, Stage 13.

“When we were making ‘Happily Ever Avatar,’ you could tell this was something special,” said Casey Kriley and Jo Sharon, co-CEOs of Magical Elves. “The experiences of real-world couples who developed true relationships through the world of gaming resonated with us in a meaningful way. We are so happy we are able to showcase these unique people with diverse backgrounds and their love stories.”

"Watching a couple meet for the first time in person really cannot be topped and we see that in this series," said Allison Schermerhorn, Executive Producer and Showrunner. "We tried to show all levels of relationships, including the relationship of an LGBTQ gamer couple. Anyone who's met online knows there's a big difference between talking with someone in-game, over email and text, and seeing and talking to them in person. We show what it’s like from that first meeting through being connected in real life, not just through an avatar in a game.”
Publicadas por Axel a la/s 1:53:00 p. m.