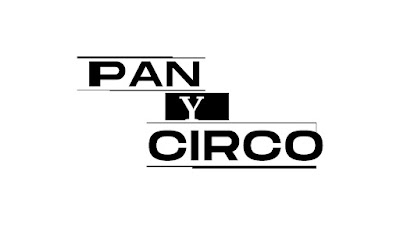 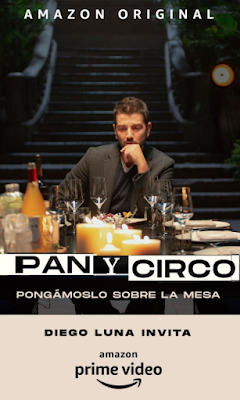 The new series, created by Diego Luna, brings together different personalities to a dinner to talk about fundamental topics, including the recent world crisis due to COVID-19

The Amazon Original series premieres exclusively on Prime Video on August 7, 2020 in Mexico and more than 200 countries and territories around the world

Composed of seven episodes, the series travels through Baja California, Puebla, Quintana Roo and Mexico City, bringing a different topic to the table to discuss among the guests. Pan y Circo opens the conversation about controversial issues in an intimate and honest context, bringing together opposing points of view and positions that on several occasions end up in closer agreement.

The series’ themes include: gender violence and femicide; the climate crisis; the decriminalization of abortion; racism and identity; the legalization of drugs; immigration and finally, COVID-19 in a remote episode carried out while quarantining through various virtual interviews.

“Pan y Circo was born by trying to combine two of the things I enjoy doing most: eating and listening. The goal was to make a show about other people in every way - the other people who are guests on the show, other people who live realities different from mine, and other people who do not think like me. We listen to each other while sharing a meal, nothing more,” said Diego Luna, whose original idea spawned the series. “The table, in my life, has turned out to be the ideal place to debate, to reflect and share my worries and aspirations with others.”

“This series is as honest as it is incredibly entertaining, and we couldn’t be more excited to be working with Diego Luna to bring Pan y Circo to customers across Mexico and around the world,” said Amazon Studios series development lead, Javiera Balmaceda. “This is a fresh take on a series that creates a dialogue around some of the most important topics impacting society today, and we know Prime Video customers are going to love hearing from some of the leading names today in entertainment, politics and gastronomy.”

The voices that fuel the conversations include national policy makers, Nobel Laureates, film, music or literature professionals, women and men of science, and even an astronaut. All of them talk, discuss, fight and reconcile while sharing bread, wine and their own experiences. Among the guests featured in Pan y Circo are: Gael Garcia Bernal; the Interior Secretary of Mexico´s government, Olga Sánchez Cordero; Dr. Hugo López-Gatell Ramírez, Undersecretary of Prevention and Health Promotion for the Government of Mexico; the former president of Colombia, Juan Manuel Santos; actor Ana de la Reguera; musician and activist Rubén Albarrán; singer Li Saumet; the Mixe soprano Maria Reyna; Bi-National Front of Indigenous Organizations activist, Odilia Romero; and defender of the environment, Julia Caravias, among others.

For their part, the chefs who feed the guests at the table in each of the episodes include: Enrique Olvera (Pujol), Elena Reygadas (Rosetta), Alexander Suastegui (Itinerant Chef), Javier Plascencia (Animalón), Jair Téllez (Merotoro) and Alejandra Barbabosa (Recaudo).

Pan y Circo was created by Diego Luna and produced by La Corriente del Golfo. The series premieres exclusively on Amazon Prime Video on August 7, 2020, and Prime Video customers in more than 200 countries and territories able to enjoy new episodes each week.