Rio Vista Universal one of the first production companies to wrap a feature under new Covid guidelines. 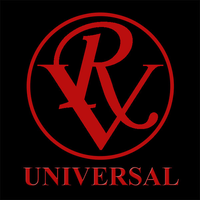 Since March, the world has been put on pause. The coronavirus has caused different industries from food and fashion to the music and film industries to shut down.

As part of the latest phase of reopenings, the Directors Guild of America (DGA), International Alliance of Theatrical Stage Employees (IATSE), International Brotherhood of Teamsters (IBT) and the Basic Crafts, and Screen Actors Guild-American Federation of Television and Radio Artists (SAG-AFTRA) released “The Safe Way Forward,” a Multi-Union Report on Covid-19 Safety Guidelines, and productions have already been underway!

One of the first films to be completed with these new guidelines imposed by DGA and SAG is James Ganiere’s called NO MORE GOODBYES. Starring Eric Roberts (Suits, The Expendables) and newcomer Jequan Jackson ( FBI, The Marvelous Mrs. Maisel), the film explores the foster care system in the United States and the lack in promoting their success that continues to perpetuate the system.

The amount of work that has gone behind returning to a sense of “normalcy” is extensive, but until all restrictions are lifted, industries, like film, are continuing to adapt and move forward. The indie film is being produced through Rio Vista Universal label with a plan to put it through the festival circuit and the excitement grows! Their experience was unlike any other and it will be a story to tell for the ages!

The producers of this film are ready for interviews to discuss the challenges that came with the restrictions, and the incredible experience it was to work around and be successful!
Publicadas por Axel a la/s 11:21:00 a. m.