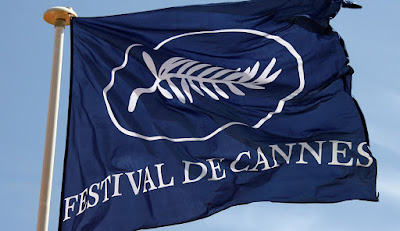 Clay Epstein’s Film Mode Entertainment (FME) along with BondIt Media Capital are pleased to announce acquisition of Rooster Films’ and Stella Rose Productions’ newest thriller, PREY. The film is being introduced to buyers for the first time at the 2020 Cannes Film Festival’s Marché du Film’s virtual platform and is currently in pre-production with casting announcements to follow.
The film is penned by Will Carlson and Jake Bross.
Christopher Sherman, Marc Gracie, Bohemia Group Originals’ Justin Ross, Nick Farnell and Cameron Nugent are producing with BondIt Media Capital’s Matthew Helderman, Luke Taylor and Tyler Gould and Film Mode’s Clay Epstein serving as executive producers.
“We’re excited to be working with a stellar team in front of and behind the camera on PREY,” said Epstein. “The film is gearing up to raise the genre bar on another commercially viable film that delivers the ultimate thrills and suspense to audiences everywhere.”
PREY is geared to start filming later this summer in the stunningly vast jungles of Kauai, which makes the film production process extra effective with current COVID-19 restrictions. The core cast and crew will easily be able to adhere to health guidelines due to the space provided by the natural surroundings and the manner in which is script is penned.
PREY is about a group of millennials on vacation in Southeast Asia who find themselves trapped on a private island and have to fight for their survival against a wealthy psychopath.
The descendants of a powerful Dynasty that has flourished over time to become a worldwide power collide with a group of traveling backpackers in Southeast Asia who hook up with an intriguing young man they meet at a beach rave. Their new friend sets up a lavish dinner with a mysterious guest.
As the night progresses the man seduces the group with tales of an uninhabited island which he describes as “heaven on earth” and invites them all to be his guests. The group soon finds themselves abandoned on the island with no way off, victims of an age-old game that has turned their paradise into a living nightmare.
BondIt and Film Mode Entertainment have an ongoing partnership and first-look relationship as previously announced and have already successfully collaborated on features like the award-winning, newly released STAGE MOTHER starring Academy Award nominee Jacki Weaver, Lucy Liu and Adrian Grenier, CRYPTO starring Kurt Russell, Luke Hemsworth, and Alexis Bledel, and the recently released horror film, DREAMKATCHER starring Radha Mitchell and Lynn Shaye.
FME continues to bridge the gap between filmmakers and audiences by nurturing high-quality commercially viable films and bringing them to the global marketplace.
Film Mode Entertainment has taken world rights on the film.
About Film Mode Entertainment
Film Mode Entertainment is a leading worldwide sales agent, production entity and distribution company, focusing on commercially driven feature films of all genres and budget sizes. Film Mode represents projects at all stages of the filmmaking process, often as Executive Producer, with the aim of helping producers and distributors achieve maximum exposure for their films. Film Mode’s recent titles include CRYPTO starring Kurt Russell, Luke Hemsworth and Alexis Bledel, HOOKING UP starring Brittany Snow, Sam Richardson and Vivica A. Fox, STAGE MOTHER starring Academy Award nominee Jacki Weaver, Lucy Liu and Adrian Grenier, and DREAMKATCHER starring Radha Mitchell, Lin Shaye, and Henry Thomas.
Previous releases include SUGAR MOUNTAIN starring Jason Momoa, and THE GOOD NEIGHBOR starring Academy Award nominee James Caan. Film Mode accelerated their growth and expanded their capabilities by entering into a partnership with SCREEN MEDIA, representing their catalogue of more than 600 titles, including WHAT’S EATING GILBERT GRAPE starring Leonardo DiCaprio, who was nominated for an Academy Award and a Golden Globe for his performance, and MONSTER, starring Charlize Theron who won an Academy Award and Golden Globe for Best Actress for the film. The company also has its own distribution arm, as well as a documentary label, DocMode. Film Mode is based in Beverly Hills, CA.
Publicadas por Axel a la/s 12:21:00 p. m.