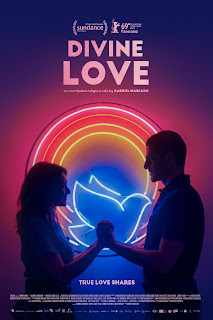 North American Premiere is November 13
In Theaters & Virtual Cinemas
Brazilian director Gabriel Mascaro's (Neon Bull) Divine Love (Divino Amor) world premiered at the Sundance Film Festival to critical acclaim and intense audience reactions. Recommended for adult-viewing only, the film is sure to surprise and provoke viewers. It begins its North A 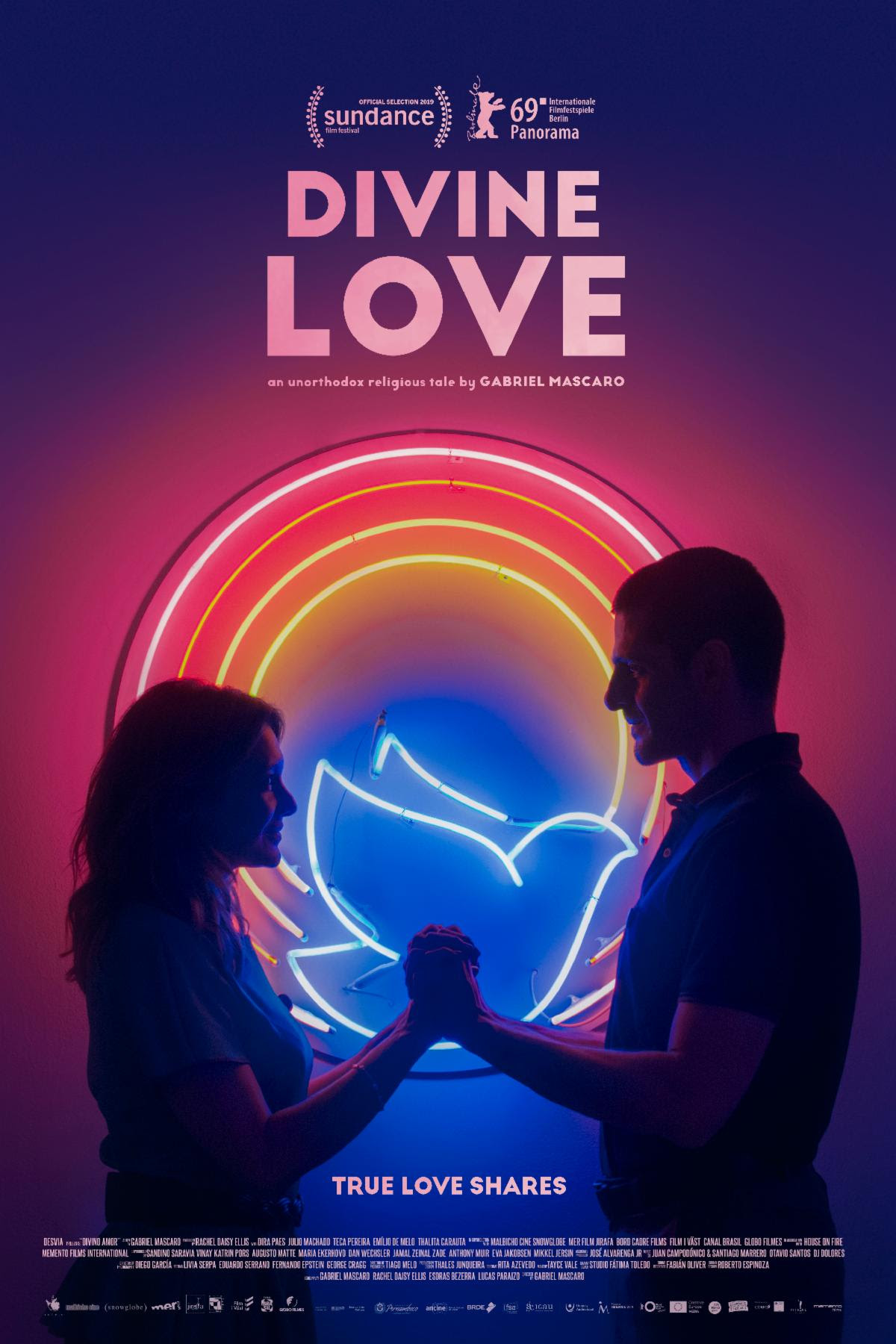 merican theatrical Premiere November 13, from Outsider Pictures and Strand Releasing.It's the year 2027 in this futurist story of Joana (Brazilian star Dira Paes), who uses her position in a notary's office to convince divorcing couples to stay together. Her secret weapon is "Divine Love," an evangelical cult she belongs to that mixes group therapy and a little swinging, into its more traditional prayers and bible study.A crisis in her own marriage brings her closer to the God that is the cornerstone of her life. When Joana can't get pregnant with her husband, she prays regularly at a drive-in church, asking for a sign that she will conceive and ends up receiving a greater sign than she was prepared for. Divine Love is an unusual take on a future religion that is full of dance parties, ritualistic orgies, cults and Evangelical Christianity, as well as a critique of today's right-wing led Brazil. Director Gabriel Mascaro says, "The film takes place in a time when the majority of Brazil's population are now Evangelical, but the state still claims to be secular. It is a film that speculates the near future through an extraordinary allegory. DIVINE LOVE is a commentary on the conservative, fanatical and nationalist agenda that is spreading throughout the world and the way those that don’t espouse it, engage with it. Brazil has traditionally been referred to as a liberal and united country, where the annual Carnaval celebrations espouse the country’s diversity and cordiality. But the fact is that during the past few years, a cultural, social and political transformation led by powerful, ultra-conservative forces, has taken hold in the country. Instead of telling the story of a character fighting against against this conservative shift, I wanted to tell the story of a woman consumed by a desire to advance the conservative religious agenda in a very personal way. If a societal chasm has emerged as a result of hatred and misunderstanding, cinema is a space where I can fantasize improbable encounters." Read the Director Q&A here.ABOUT GABRIEL MASCAROGabriel Mascaro is a Brazilian film director, scriptwriter and artist who lives and works in Recife, in the Northeast of Brazil. Initially known for his documentary work, his first fiction film, AUGUST WINDS, premiered in the international competition of Locarno Film Festival in 2014, where it won a Special Mention. In 2015 he released his second fiction feature, NEON BULL, which won the Orrizzonti Special Jury Prize at the Venice Film Festival, and went on to receive critical acclaim and numerous awards including two Fenix Awards (Best Script and Best Photography) and was Brazil’s entry to the Goya Awards in 2016. DIVINE LOVE is his third narrative feature. It was an award winner at Guadalajara International Film Festival and an official selection the Sundance Film Festival, Berlin International Film Festival and Miami Film Festival, and many more.