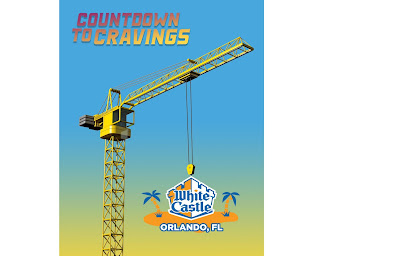 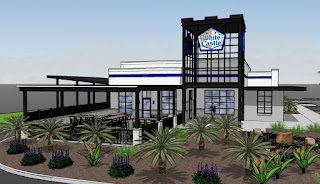 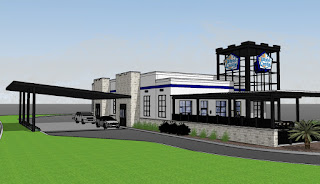 It’s official! White Castle®, home of The Original Slider® and America’s first fast-food hamburger chain, broke ground and began construction today on its Orlando location. The site will be the largest free-standing White Castle in the world. The family-owned business, founded in 1921, has been satisfying cravings for more than 99 years. The Orlando Castle marks the beloved brand’s return to Florida since operating a Castle in Miami in the 1960s.
Located in southwest Orlando at Unicorp’s $1 billion The Village at O-Town West mixed-use development, White Castle expects to start satisfying Central Florida “Cravers” by Spring 2021. The 4,567-square foot restaurant will include indoor and outdoor seating and two drive-through lanes, highlighted by the brand’s eye-catching tower in a sleek, modern industrial-style architectural design. The new restaurant is expected to bring 120 new jobs to the area.
“As a family-owned business, we’re always tuned in to what our customers and fans are saying,” noted White Castle President and CEO Lisa Ingram, a fourth-generation family member. “White Castle has many fans in the Orlando area and across Florida who have been eager for us to come here, and we’re thrilled to satisfy their crave.”
Joining White Castle leaders during the highly-anticipated private groundbreaking festivities held earlier today were Orange County Mayor Jerry L. Demings, Orange County Commissioner District I Betsy VanderLey, development partners and invited guests. Remarked Unicorp CEO Chuck Whittall, “The Village at O-Town West is a great immersive entertainment complex, and bringing White Castle here is a crowning touch for our development.”
Since its beginning nearly 100 years ago, White Castle has held fast to its founder’s belief that families everywhere should be able to enjoy an evening at a restaurant with tasty food at a great value. Headquartered in Columbus, Ohio, White Castle is excited to venture south to become part of the Central Florida community, providing a place where morning, noon and night, fans can satisfy their cravings and create memorable moments.
Founded in 1921, White Castle is home to The Original Slider®, recognized by Time Magazine as the most influential burger of all time. 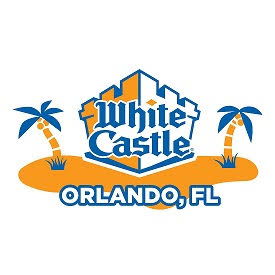