How to use CBD oil for Neuropathy, by Dr. Andrew Colucci. 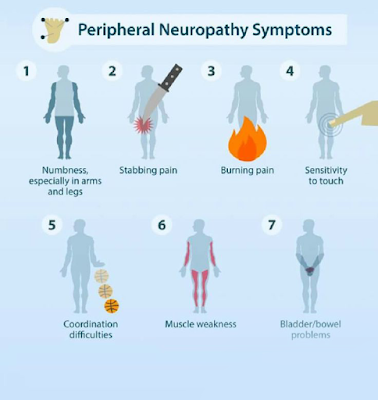 How to Use CBD Oil for Neuropathy

While an estimated 20 million Americans struggle with peripheral neuropathy—a medical condition characterized by nerve damage to the peripheral nervous system, which is the communication network that exists between the central nervous system (the brain and spinal cord) and the rest of the body—the National Institute of Neurological Disorders and Stroke (NINDS) indicates that this number is likely much higher as not all are reported and some are even misdiagnosed. [1]

The NINDS goes on to explain that this type of neuropathy has a number of potential causes. Among them are:

All of these conditions can be troublesome on their own, but add peripheral neuropathy to the mix and it can dramatically affect quality of life.

When neuropathy involves damage to the motor nerves, quality of life is reduced in that some patients experience muscle weakness, uncontrolled twitching, and painful cramps according to the NINDS.

Damage to the sensory nerves of the peripheral nervous system, on the other hand, can result in life-altering symptoms such as reduced sense of touch (which can impact balance), increased pain sensations to stimuli that wouldn’t normally cause pain, and difficulty controlling pain, further compounding pain management as a whole.

Lastly, when it is the autonomic nerves that are damaged, symptoms may include excess sweating, blood pressure issues, and gastrointestinal distress. How do you treat these various neuropathic symptoms?

The NINDS indicates that the first step is to identify and treat the underlying cause, thus automatically alleviating some of the neuropathy’s most troubling symptoms. Other options include using mechanical aids such as hand and foot braces, taking medications, engaging in transcutaneous electrical nerve stimulation (TENS), and possibly even surgery.

However, many people struggling with neuropathy choose to engage in complementary and alternative medicines according to the NINDS. This includes acupuncture, massage, cognitive behavioral therapy, and herbal medications.

It is in this last category that CBD oil would fall. What is CBD oil and how does it work?

CBD stands for cannabidiol, a compound located in the cannabis plant that has been linked to a variety of health benefits, some of which include pain management and relief, fighting inflammation, reduced drug withdrawals, easing epileptic seizures, fighting cancer, lowering anxiety, protecting against blood sugar issues such as type 1 diabetes, slowing the progression of Alzheimer’s disease, and more. [2]

Unlike tetrahydrocannabinol (THC), CBD is a compound within the hemp plant that has non-psychoactive properties, meaning that it won’t create the high effect most commonly associated with medical marijuana.

The way CBD works is by interacting with the body’s endocannabinoid system and research reveals that this particular system plays an important role in regulating both health and disease. [3] Essentially, CBD helps bolster the immune system and create an anti-inflammatory response based on its interaction with the cannabinoid receptors known as CB1 receptors and CBD2 receptors.

Specifically, when CBD is introduced in the endocannabinoid system, it creates positive responses within the peripheral nervous system and central nervous system, such as pain relief. This relief is noted with multiple types of pain, some of which include chronic pains such as nerve pain (neuropathic pain) or even cancer pain.

Research has confirmed that CBD products can help reduce pain. In fact, one 2018 study published in the journal Cannabis and Cannabinoid Research found that the top three medical conditions that caused people to use CBD were pain, anxiety, and depression. [4]

This study also found that 36 percent of the respondents reported that this particular hemp plant extract works “very well by itself” when it comes to easing their medical conditions, with only 4.3 percent stating that, for them, it worked “not very well.”

A 2008 study adds that many pieces of research have also noted that cannabinoids offer benefits specifically for “difficult to treat pain.” [5] For instance, researchers reference how Canada approved a cannabis-derived nasal spray called Sativex in 2005 for relieving central neuropathic pain in people with multiple sclerosis. An application was also made to the U.S. Food and Drug Administration (FDA) in 2006 so research could be conducted on Sativex to learn its effects on cancer pain.

These researchers further state that “cannabinoid analgesics have generally been well tolerated in clinical trials with acceptable adverse event profiles.” In other words, there are very limited side effects associated with CBD use. Among the most common are dry mouth, dizziness, nausea, and fatigue, but these side effects are typically not strong enough to cause users to discontinue CBD use.

One of the main benefits of using CBD products in the treatment of neuropathic pain is that it reduces the reliance on pain medication. This is especially important since the Centers for Disease Control and Prevention reports that, in the United States alone, approximately 130 people die every single day due to opioid overdose. [6]

This category of pain killers can also further irritate chronic diseases and potentially interact with prescription medications like blood thinners and corticosteroids.

Using CBD for neuropathic pain instead avoids these types of common and potentially dangerous issues, making it an effective treatment option.

The Ministry of Hemp states that full spectrum CBD oil refers to oil that, in addition to containing CBD, also contains other compounds found within the cannabis plant, such as other cannabinoids and terpenes, the latter of which refers to the oils within the cannabis plant that give it its distinctive smell. [8] That’s why this type of CBD is often referred to as “whole plant” oil as, with full spectrum CBD products, the extract is derived from compounds taken from the entire hemp plant.

CBD isolate, on the other hand, is the term used to describe products that contain 99 percent or more pure CBD according to the Ministry, with no other active ingredients included. Which is better?

Full spectrum CBD oil products have the advantage says the Ministry, mainly because they have more hemp plant compounds and, therefore, are able to offer users more health benefits as each compound provides different, positive interactions with the endocannabinoid system.

Research conducted on the Cannabis sativa strain of the cannabis plant validates this, further explaining that it is the synergy of all of the compounds together that provide such a positive effect. [9]

When taking full spectrum CBD oil for neuropathic pain, it’s best to take it sublingually, which means applying it under the tongue and letting the body absorb it from there. The reason this method works best is related to bioavailability, or how well your body is able to absorb and use the hemp oil.

Bioavailability has been a huge concern with dietary supplements in general, with both older adults and pediatric patients both at greater risk of inadequate diet and malnutrition. [10] However, just because supplements can be taken to help reduce these risks, this doesn’t mean that the body absorbs all of the ingredients they contain, rendering them ineffective at solving the problem.

If a supplement it taken orally, for instance, some of the helpful ingredients can be metabolized during the digestive process, leaving less of them for the body to use. The same is true when using CBD oil for neuropathy. To get the most out of it, creating a more positive impact on your neuropathic pain, it’s best to take it under the tongue.

When your goal is pain management, it’s also helpful to combine CBD oil with a quality topical CBD cream or lotion. While the CBD oil interacts with CBD receptors body-wide, the topical cream enables you to better direct your treatment to the area or areas that hurt the most.

Another factor to consider when taking CBD oil for neuropathic pain is that, many times, people don’t take a high enough dose of CBD and, subsequently, mistakenly think it doesn’t work for them. How much should you take?

Researchers from the Research Institute of the McGill University Health Center and McGill University in Quebec, Canada, state that, after conducting various studies on animals, “low doses of CBD administered for seven days alleviate both pain and anxiety, two symptoms often associated in neuropathic or chronic pain.” [11]

Starting with these lower doses enables you to see what impact the CBD oil is having on your neuropathic pain without taking more than you need. You can always scale up from there if you’re not seeing the results you desire, increasing your dosage until your pain starts to subside.