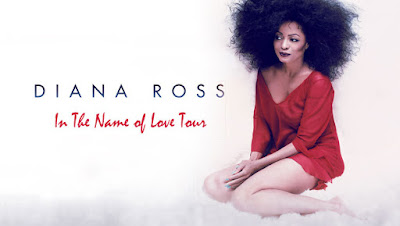 Dr. Phillips Center for the Performing Arts
in association with AEG Live
presents
DIANA ROSS
IN THE NAME OF LOVE TOUR

Dr. Phillips Center for the Performing Arts and AEG Live announce the return of living legend Diana Ross to Orlando. The renowned singer will play the art center’s Walt Disney Theater on Tuesday, June 27, 2017 at 7:30 p.m. Tickets are on sale Friday, March 17, 2017 at 10 a.m. Tickets start at $49.50 and may be purchased online at drphillipscenter.org, by calling 844.513.2014 or by visiting the Dr. Phillips Center Box Office at 445 S. Magnolia Avenue, Orlando, FL 32801 between 10 a.m. and 4 p.m. Monday through Friday, or 12 p.m. and 4 p.m. Saturday. Online and phone ticket purchases are subject to handling fees.

Beginning in the ‘60s as the lead singer of the world-renowned group, The Supremes, Diana Ross achieved the unprecedented feat of 12 #1 singles in the United States, making them the most successful American group in history. She went on to achieve six #1 singles as a solo artist. In the United States alone, Ross has tallied 31 Top Ten singles and 14 Top Ten albums, selling over 100 million units around the globe, to date. When “Endless Love” his #1 in 1981, she became the first female artist in music history to place six singles at the top of the Billboard Hot 100 Chart. Other chart-topping hits include “Stop! In the Name of Love,” “You Can’t Hurry Love,” “You Keep Me Hangin’ On,” “Ain’t No Mountain High Enough,” and many more.

As lead singer of The Supremes, Ross helped shape the sound of popular music, changing the landscape and paving the way for contemporary music. Her love of life, never-ending wonder, the appreciation of goals and achievements an sheer human spirit define the artist that is Diana Ross and continue to make her one of the most identifiable, unique, beloved and influential singers of successive pop generations.

She was recently bestowed the country’s highest honor, the Medal of Freedom, presented by President Obama. Her international achievements were acknowledged by the prestigious Kennedy Center Honors in 2007, which celebrated her lustrous career of excellence in music, film, television and theatre, her humanitarian work and contributions to American culture. The National Academy of Recording Arts & Sciences celebrated her remarkable career in 2012 with their highest honor, The Lifetime Achievement Award.